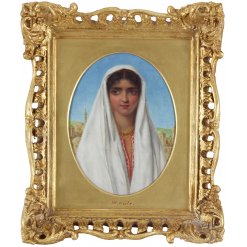 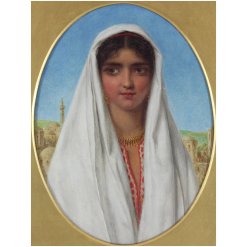 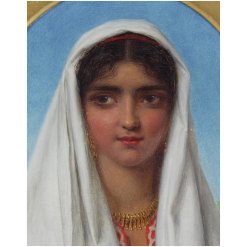 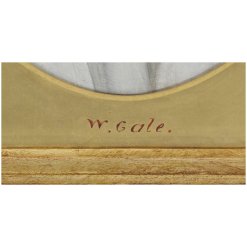 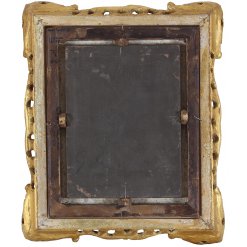 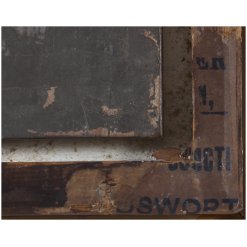 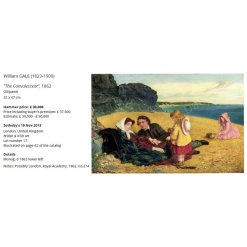 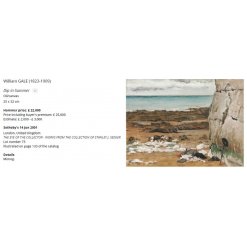 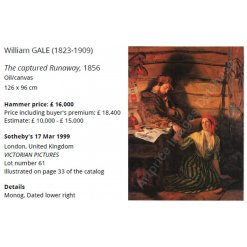 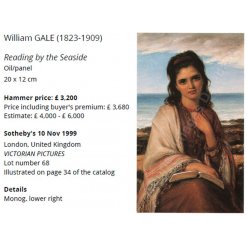 A beautiful oil on panel painting by William Gale (1823-1909) of a Middle Eastern girl.

Some other examples of his works by this artist are included at the end of the photos.

Condition:  Painting and frame are both in excellent condition, with no visibility of any over-painting.

Biography:  William Gale (1823–1909) was a British painter of the pre-Raphaelite school.

In 1851, he married and travelled to Italy for his honeymoon. Like many of his contemporary artists, he travelled the Middle East in 1862 and again 1867. He was a prolific artist; his output included sentimental, biblical and mythological subjects, and portraits and Orientalist pictures. There are examples of his work in the Tate Gallery, in the Glasgow Museums Resource Centre, and in the Art Gallery of New South Wales.

His painting Christ’s Entry into Jerusalem features in the sleeve notes of the 2011 album 90 Bisodol (Crimond) by the band Half Man Half Biscuit.