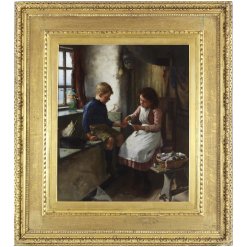 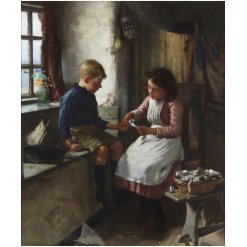 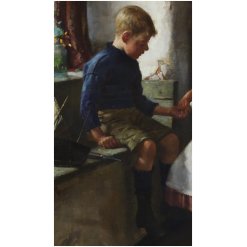 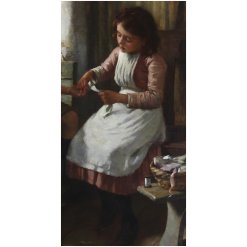 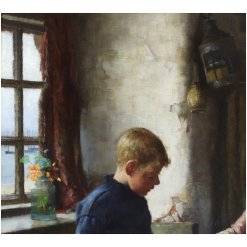 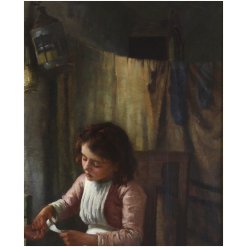 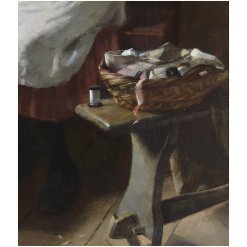 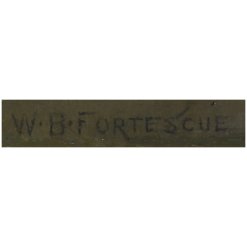 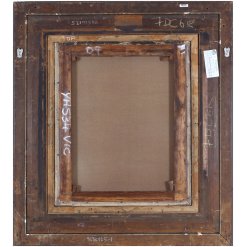 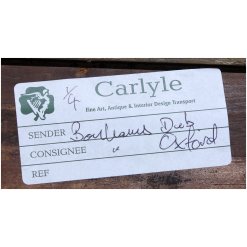 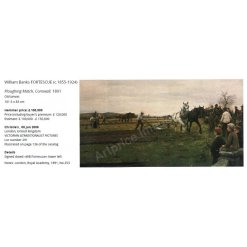 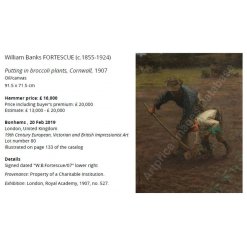 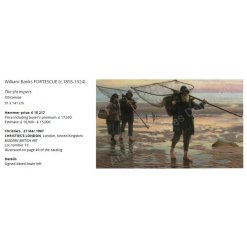 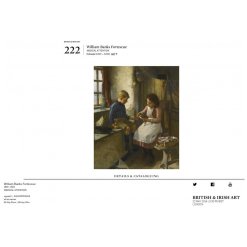 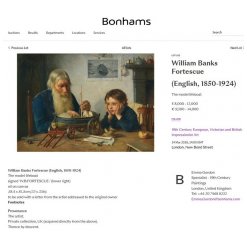 A charming oil on canvas painting by William Banks Fortescue (1850-1924) entitled “A Slight Mishap”. A young girl is applying a a bandage to a young boy’s injured finger which he has cut whilst using a knife on his model boat.

Other examples of works by this artist are included at the end of the photos.

Condition:  Painting and frame are both in good restored condition. Painting has been lined and there are scattered spots of re-touching throughout visible under a UV light.

Biography:  William Banks Fortescue (1850-1924) was born in Birmingham. Before taking up painting, and studying in Paris, he spent some time as an engineer of design. His subjects were landscapes, genre relating to ships and boats, and still-life. In 1883 he went to Venice for further study.

On his return he exhibited at RBSA (becoming ARBSA in 1884), and in 1885 moved to Newlyn after which he moved to St Ives in 1894, settling in Treloyan Cottage and working from the Malakoff Studio. A colour plate of his painting The Forge (By Hammer and Hand, All Arts doth Stand) is included in Hardie (2009), and reflects the depth, richness of colour and realism of the Newlyn school of artists.

At the St Ives Show Day 1911, he exhibited Fuel and Intruders. He was one of the signatories of the Glanville letter (1898) expressing artists’ concerns regarding over-development in the town. In 1899 he was Elected RBSA. He specialised in subjects showing work in the countryside such as woodcutting, hoeing and blacksmithing, working more in the Newlyn tradition of narrative painting. He often rode a horse cross-country, with his paints and easel strapped to his back. He died in St Ives age 73, and is buried at Zennor.