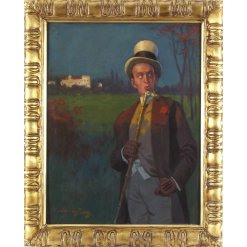 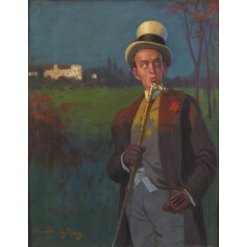 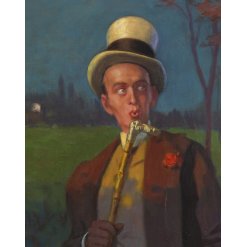 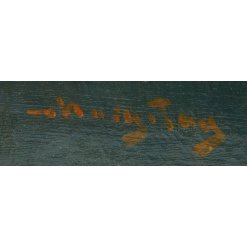 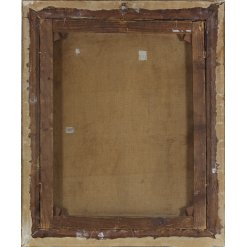 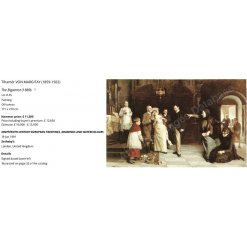 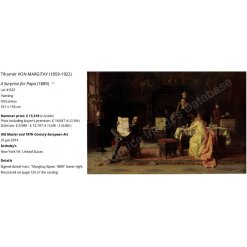 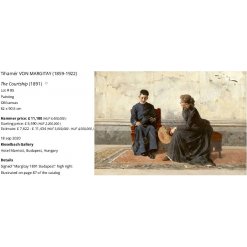 A fine oil on canvas painting by the Hungarian artist Tihamer Von Margitay (1859-1922) entitled “Downtown Dandy”. It depicts a well dressed gent with a cane in a landscape.

Condition:  Painting and frame are both in overall good condition. There are three small repairs to the canvas with the associated re-touching.

Biography:  Margitay (1859-1922) studied in Budapest as a student of Gyula Benczúr and in Munich with O.Seitz. He also studied in Venice and Florence. Margitay liked to paint scenes of the middle-class in the style of Bastien-Lepage with a naturalistic technique. His paintings have been exhibited several times in Budapest and also in Vienna. The Hungarian National Gallery are in possession of some of his paintings and his self-portrait is on exhibition at the Hungarian Historical Gallery.