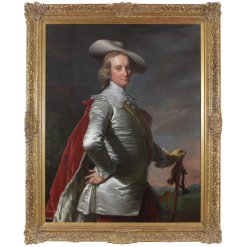 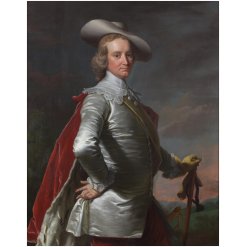 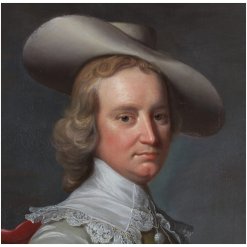 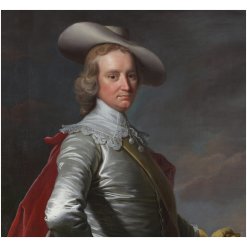 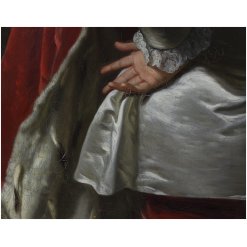 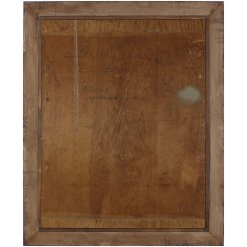 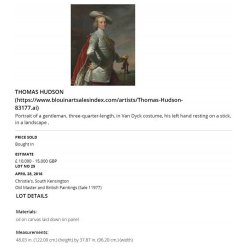 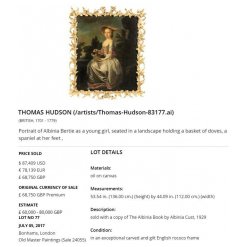 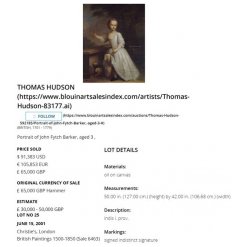 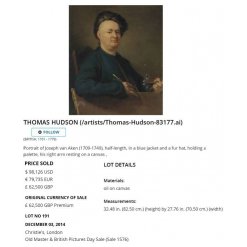 A spectacular oil on canvas (laid down on a panel) three quarter length portrait painting by Thomas Hudson (1701-1779) of a gentleman wearing a Van Dyck costume.  The sitter is believed to be Thomas Osborne (1713-1789) who was the 4th Duke of Leeds.

Condition:  Frame is in excellent condition. Painting has some craquelure.  There is some re-touching to the hat and the area above it and a few small scatted patches elsewhere.

Biography:  Hudson was born in Devon in 1701. His exact birthplace is unknown. He studied under Jonathan Richardson in London and against his wishes, married Richardson’s daughter at some point before 1725.

He had many assistants, and employed the specialist drapery painter Joseph van Aken.  Joshua Reynolds, Joseph Wright and the drapery painter Peter Toms were his students.

Hudson visited the Low Countries in 1748 and Italy in 1752. In 1753 he bought a house at Cross Deep, Twickenham, just upstream from Pope’s Villa. He retired toward the end of the 1750s. William Hickey described the elderly Hudson, “His figure was rather grotesque, being uncommonly low in stature, with a prodigious belly, and constantly wearing a large white bushy periwig. He was remarkably good tempered, and one of my first-rate favourites, notwithstanding that he often told me I should certainly be hanged.”.  He died at Twickenham in 1779. His extensive private art collection was sold off in three separate sales.

Many of Hudson’s works may be seen in art galleries throughout the United Kingdom. They include the National Portrait Gallery, the National Maritime Museum, Tate, Foundling Museum and the Bristol City Museum and Art Gallery.