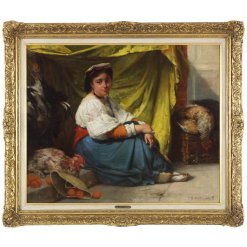 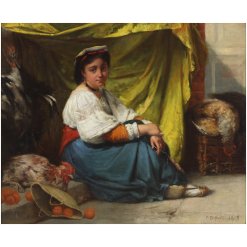 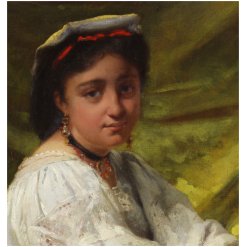 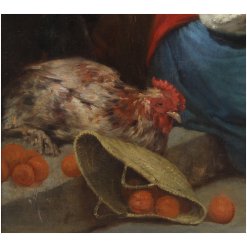 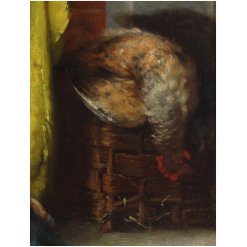 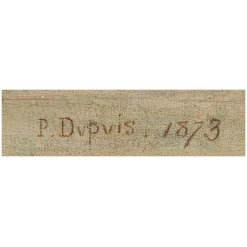 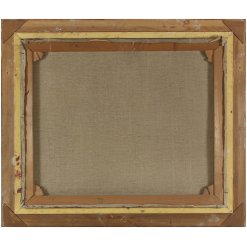 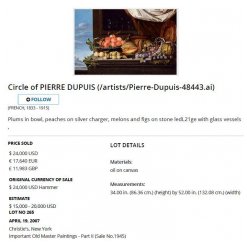 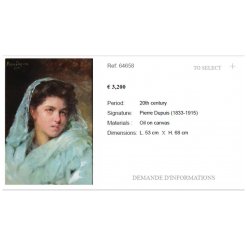 An oil on canvas painting by the French artist Pierre Dupuis (1833-1915) of a seated lady with chickens.

Condition:  Painting and frame both in good condition. The canvas has been re -lined and there is some re-touching on the face and skirt.

Pierre Dupuis entered the School of Fine Arts in Paris in 1848 in the workshops of Horace Vernet and Léon Cogniet. He debuted at the Salon des artistes français in 1863 and exhibited there until 1909. He was a member of the Society of French Artists. He obtained a second prize of Rome in 1863 on the theme of Joseph being recognized by his Brothers. He obtained an honorable mention at the Salon in 1882, a third class medal in 1884 and an honorable mention at the 1889 World Fair in Paris.