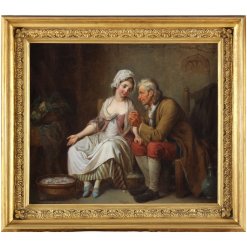 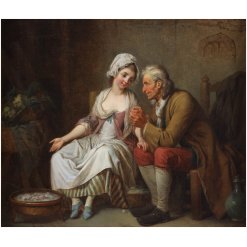 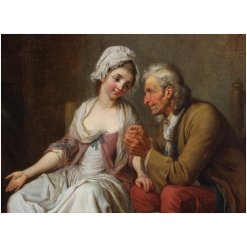 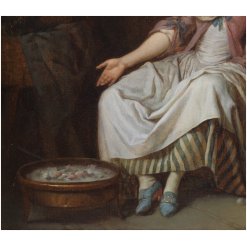 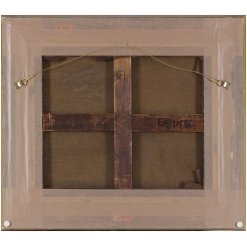 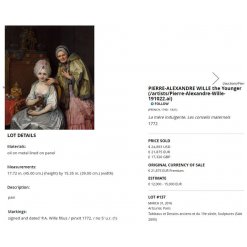 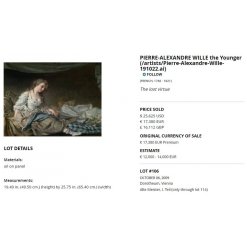 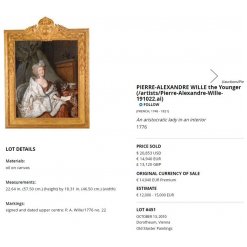 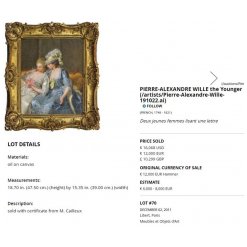 A high quality oil on canvas 18th Century painting by Pierre_Alexander Wille (1748-1821) of an interior scene with an elderly gentleman and a young woman, presumably Father and Daughter.

Frame:  Presented in an antique decorative giltwood frame from a similar period.

Condition:  Frame is in excellent condition. Painting displays some general thinning and has some visible fine craquelure.  There are scattered areas of over-touching throughout.

Biography:  Pierre-Alexandre Wille , known as “Wille the son”, was born on  19 July 1748  in Paris and was a French genre painter.

The French Revolution ruined both Father and Son.  His wife became mad as a result of a 12 year sickness and was enclosed at the royal house of Charenton.  Wille, who was then 72 years old, had to solicit the help of the Duchess of Angoulême in 1821 to pay his wife’s pension. He himself probably ended his life in misery in some hospital. He died in 1821.