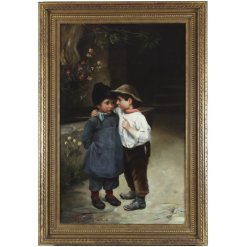 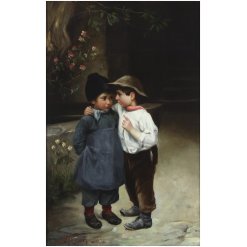 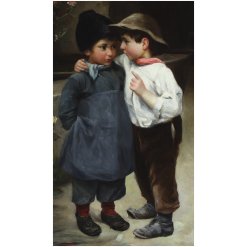 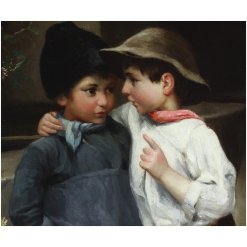 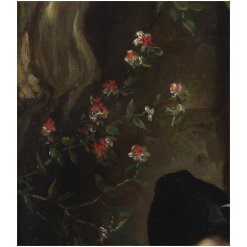 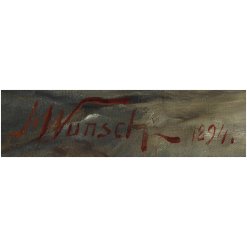 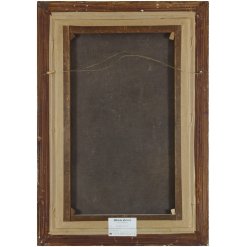 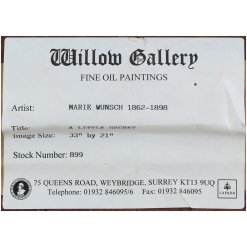 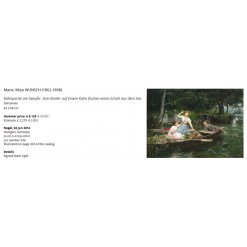 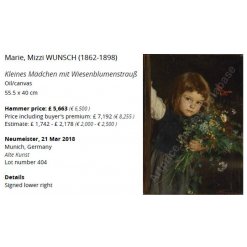 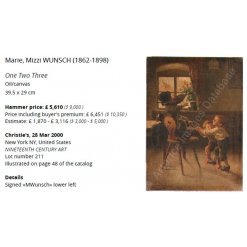 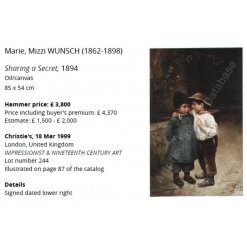 A charming oil on canvas painting by Marie (Mizzi) Wunsch (1862-1898) entitled “A Little Secret”.  It depicts two young children whispering to each other.

Condition:  Painting and frame are in good condition. There are a few scattered spots of re-touching.  The painting has been lined.

Biography:  Marie (Mizzi) Wunsch (1862-1898) was a Viennese genre painter. As a small girl she participated in the drawing lessons given by Professor Taubinger to her sisters, where her keen sense of observation had already manifested itself. Nevertheless, her talent was not encouraged until 1880, when she gained admission to the preparatory school of the Austrian Museum to study with Professor Minnigerode, Hrachowaner and in Rieser’s studio.  After two years of study she moved to Abbazzia with her mother because of her fragile health. She kept drawing and painting and eventually moved to Venice where she received further instructions from Eugen v. Blaas.

Thereafter, she established her own studio, first in Venice and then in Merano. She produced a series of ever new compositions taken from children’s lives, which through their humor and fresh immediacy gained a large number of friends and admirers, who had not the slightest knowledge of her progressive illness.

One of her paintings “The mystery” was the highlight at the Munich Art Exhibition in 1894. The topic was reproduced in photography, woodcut, engraving, colour printing, even as a plastic group in plaster, porcelain and metal castings. There were other character heads and figures, which in addition to other works from her estate appeared in two major series of postcards by Ackermann’s, and hundreds of thousands of copies were reproduced all over the world. These successes beautified the last years of her short life.

Her main works became well-known through the “Illustrierte Zeitung”, “On land and sea”, in “Gazebo” and “Home”  as well as in Velhagen & Klasing’s “Monatshefte”.