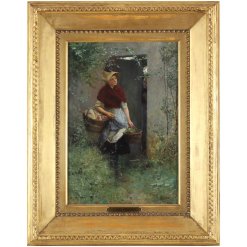 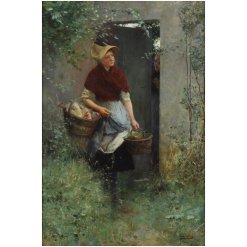 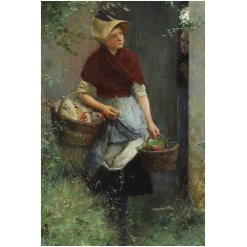 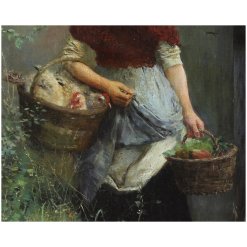 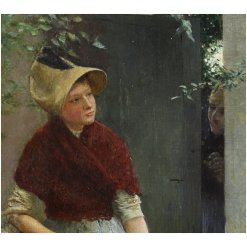 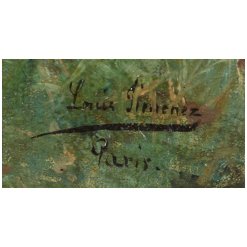 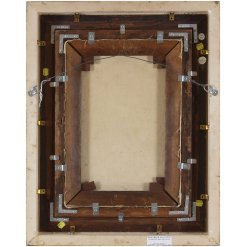 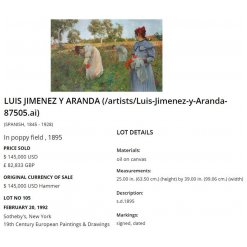 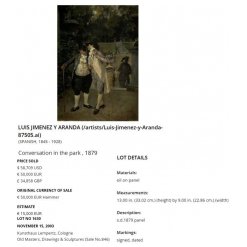 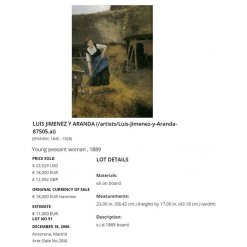 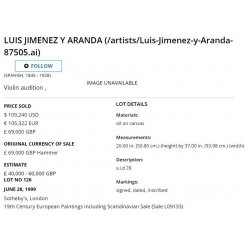 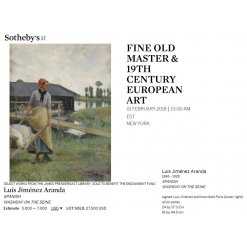 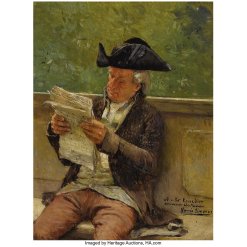 LUIS JIMENEZ ARANDA
“Watched On Her Way From Market”

A fine antique oil on canvas painting by the Spanish/French artist Luis Jimenez Y Aranda (1845-1928) entitled “Watched on her way from Market”.  It depicts a young woman walking with her baskets of produce from the market being observed by an old man who is peering out from his walled garden gate.

Signature:  Lower right and inscribed “Paris”.  (This artist uses either “Luis” or Louis” when signing his paintings)

He began his training with his brother José and then continued at the Academy of Fine Arts of Santa Isabel de Hungría in Seville under the direction of Eduardo Cano de la Peña.  In 1867 he went to Rome to expand his knowledge and in 1876 he settled in Pontoise , near Paris , becoming a French national.  He participated in the exhibitions of the Paris Salon and was awarded at the Universal Exhibitions of Paris , in 1889, and Chicago, in 1893. He took part in National Exhibitions of Fine Arts in Spain.  He specialized in historical painting as well as those of traditional themes.

By blending Spanish and French painting styles, he showed that his work as a Sevillan artist in Paris was significantly advanced in comparison to other Spanish painters at this time. Specifically, the painting entitled Lady at the Paris Exposition (1889) exemplifies his modernity of style through a complex visual celebration of the Spanish artist’s painting career in Paris.

He has paintings in Museums and Public Art Galleries Worldwide, including the Louvre Paris, Prado Museum Madrid, and the Meadows Museum at Southern Methodist University, Dallas, Texas.