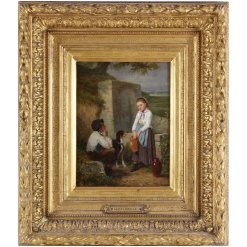 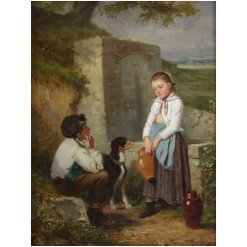 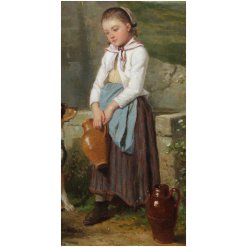 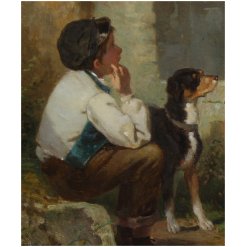 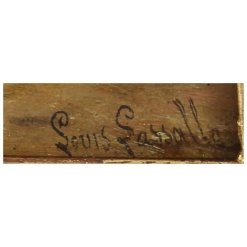 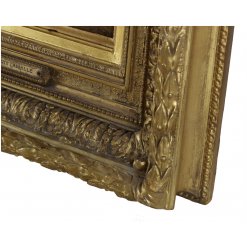 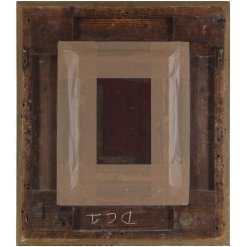 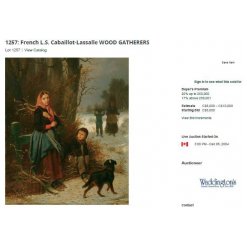 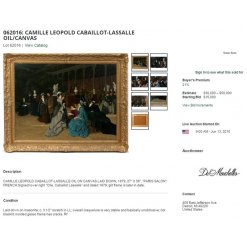 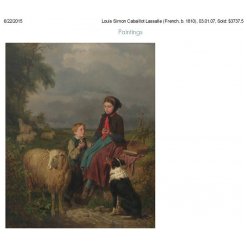 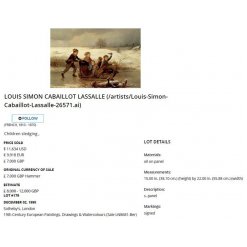 Condition:  Painting and frame are both in good condition. There is a very small area of over-painting in the sky visible under a blacklight.

Biography:  Louis Simon Lassalle was born in 1810 and was the lifelong pseudonym of Louis Simon Cabaillot, and he was a painter, illustrator, draftsman, and lithographer for various Parisian publishers.  He also illustrated Children’s books. His Son Camille-Leopold Cabaillot-Lassalle was also a famous painter.  After studying with Pierre Paris and Carl Muller, Lassalle began to exhibit genre scenes in the Salon de Paris beginning in 1851. His entries were much praised and he received a number of important commissions from the French Government. His style is fresh and his subjects often show a moral tone.  He participated in exhibitions from 1851 to 1868.