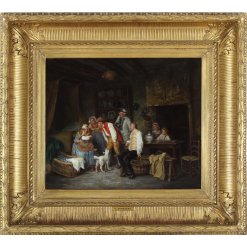 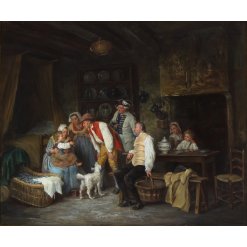 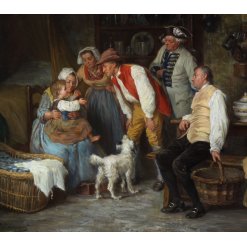 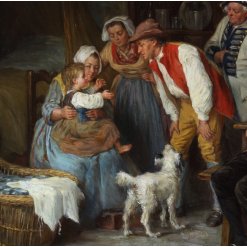 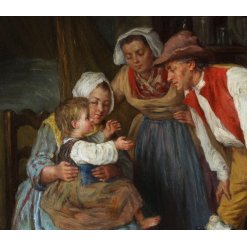 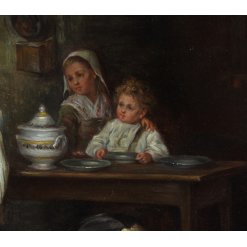 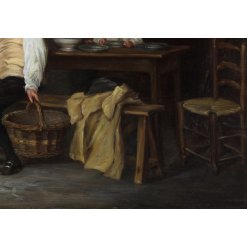 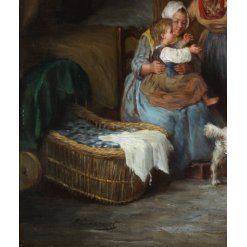 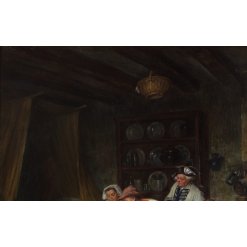 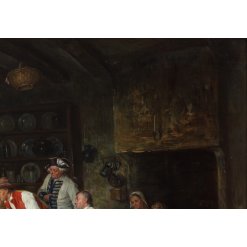 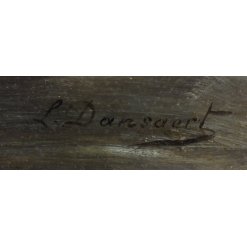 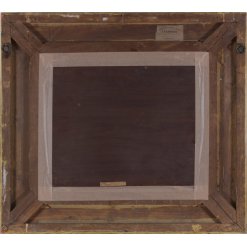 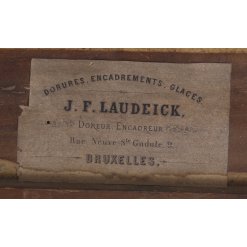 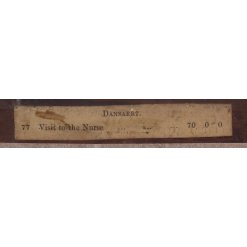 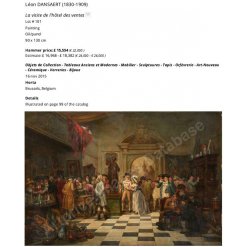 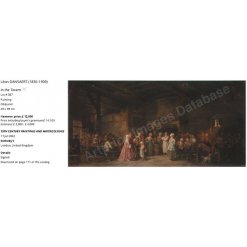 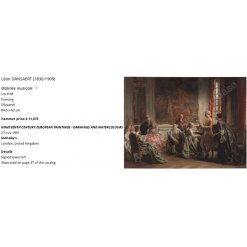 A fine oil on panel painting by Leon Marie Constant Dansaert (1830-1909) entitled “Visit to the Nurse”.  It depicts a group of people in an interior gathered around a young child sitting on the nurse maids lap.

Condition:  Painting and frame are both in very good condition with no evidence of re-touching.

Biography:  Leon Marie Constant Dansaert (1830-1909) was a Belgian painter.  In 1861/2 he settled in Ecouen and became a French citizen under the name of Dansart, but continued to sign and write his name as Dansaert.

In 1863, he exhibited in Bruxelles and Paris. His early paintings were of realistic style, showing historic sceneries, but evolved toward  a more intimate style, possible influenced by his teacher, Pierre Edouard Frère.

He worked and lived for sometime in Italy and in Germany.  In 1864, he exhibited at the Salon of Anvers (Belgium), in 1867 at the Paris Universal exhibition and in 1881 at the Belgium art exhibition of Bruxelles.  From 1868 to 1889, his paintings were showing the typical 18th century  family life, and also some Revolution time sceneries.