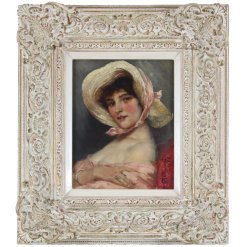 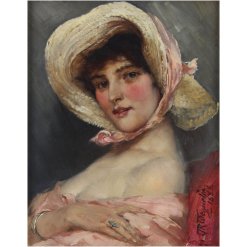 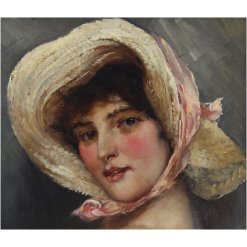 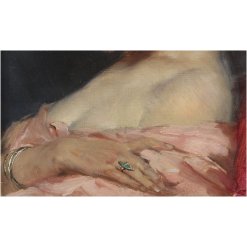 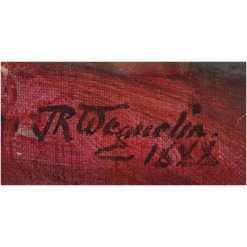 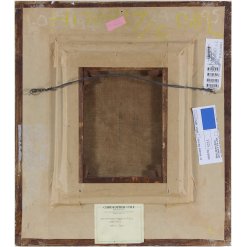 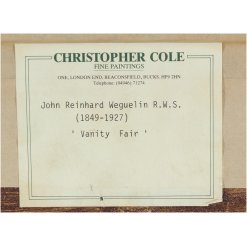 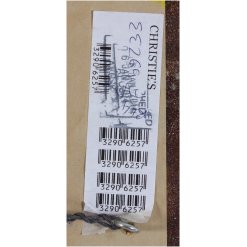 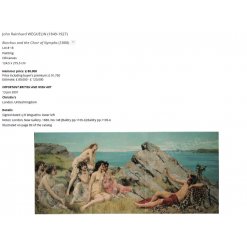 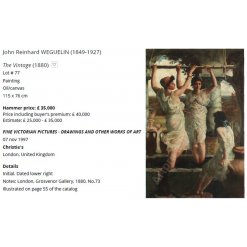 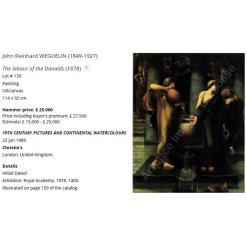 Frame:  Painting is presented in an antiqued frame with gilt highlights.

Biography:  John Reinhard Weguelin RWS ROI (23 June 1849 – 28 April 1927) was an English painter and illustrator, active from 1877 to after 1910. He specialized in figurative paintings with lush backgrounds, typically landscapes or garden scenes. Weguelin emulated the neo-classical style of Edward Poynter and Lawrence Alma-Tadema, painting subjects inspired by classical antiquity and mythology.

When he was still a child, Weguelin’s family moved to Italy, where they lived for several years. Weguelin spent much time at Rome, where he was inspired by art and history.  He depicted scenes of everyday life in ancient Greece and Rome, as well as mythological subjects, with an emphasis on pastoral scenes. Weguelin also drew on folklore for inspiration, and painted numerous images of nymphs and mermaids.

Other than a few drawing lessons in Italy, Weguelin had no formal training in art during his childhood.  At the age of twenty-three in 1873, Weguelin enrolled in the Slade School of Fine Art, then headed by Edward Poynter. He studied there for five years, under both Poynter and his successor, Alphonse Legros.

Although his earliest work was in watercolour, all of Weguelin’s important works from 1878 to 1892 were oil paintings. In order to supplement his income, he drew and painted illustrations for several books, most famously Macaulay’s Lays of Ancient Rome. His subjects were similar to those of his contemporary, John William Waterhouse, who also specialized in painting the female figure against dramatic backgrounds, but unlike Waterhouse, many of Weguelin’s subjects are nude or scantily-clad. Weguelin was particularly noted for his realistic use of light. Weguelin’s work was exhibited at the Royal Academy and a number of other important London galleries, and was highly regarded during his career.