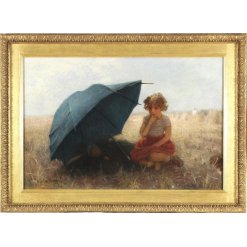 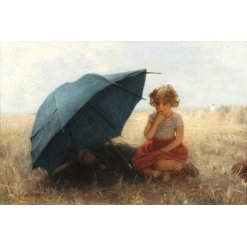 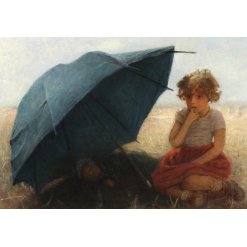 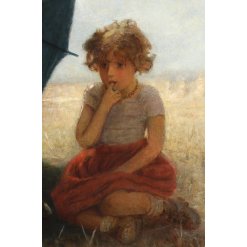 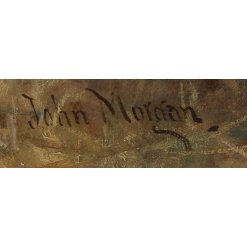 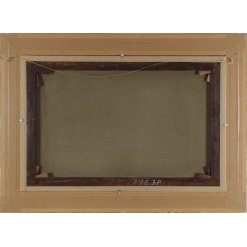 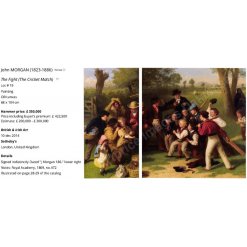 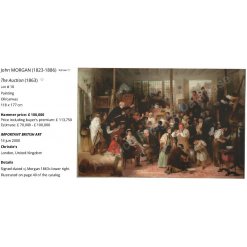 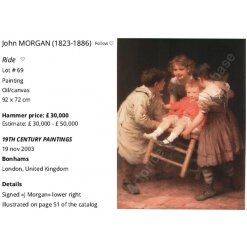 A charming oil on canvas painting by John Morgan (1823-1866) entitled “The Young Babysitter” depicting a young girl seated by a baby under an umbrella while her Mother works in the field behind her.

Condition:  Painting and frame are both in very good condition. The painting has been re-lined and there are some small areas of re-touching visible in the sky under a blacklight.

Biography:  John Morgan (1823-1886) was born in Pentonville, London. He was married to Henrietta (nee Clare) and had three children. His son Frederick, born 1846, also became a much celebrated artist.

John Morgan suffered from a bad chest and by the mid-1860s he seems to have begun visiting a number of places with a view to finding a home more congenial to his health. By the 1870s the family had moved to Guildford and here Morgan painted a number of works including The Storm.

Whilst studying at the London School of Design, Morgan was also apprenticed as a wood carver and designer to the furniture makers, Gillow, Jackson and Graham.