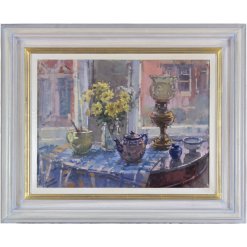 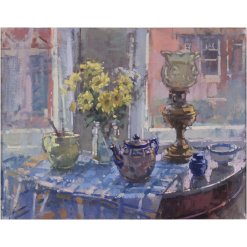 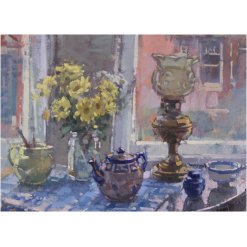 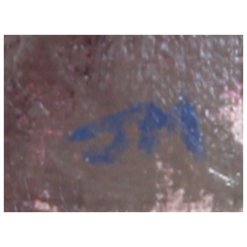 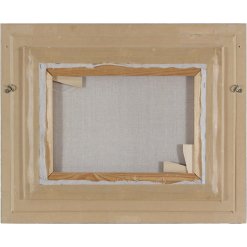 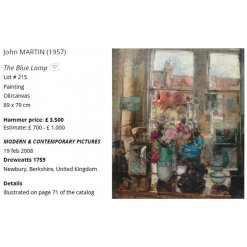 An oil on canvas still life painting of flowers by John Martin (Born 1957).

Biography:  John Martin was born in 1957. He studied at Hornsey followed by three years at Exeter College of Art where he obtained a First Class Honours Degree. He then studied at the Royal Academy Schools under Peter Greenham, gaining a Post Graduate Diploma.

His work is in a line of traditional figurative painting, influenced by the Camden Town Group, particularly Sickert, Gilman and Spencer Gore.