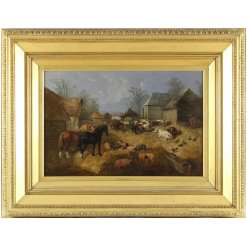 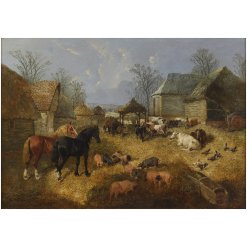 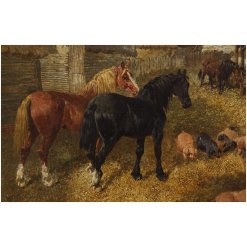 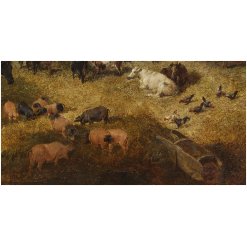 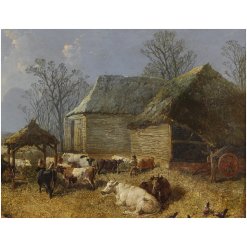 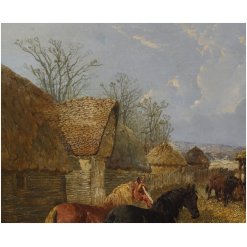 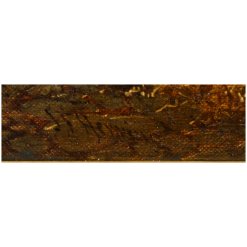 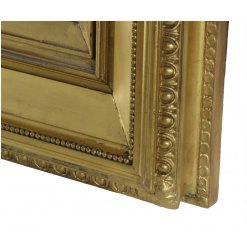 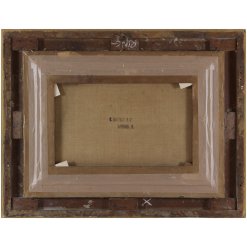 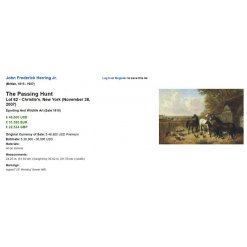 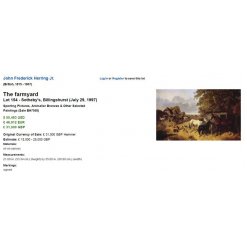 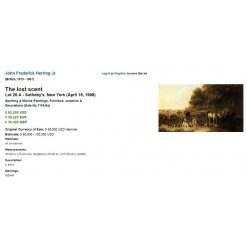 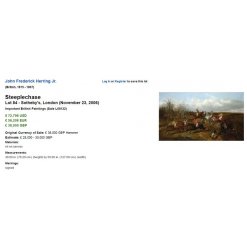 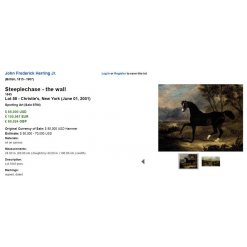 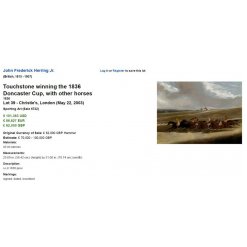 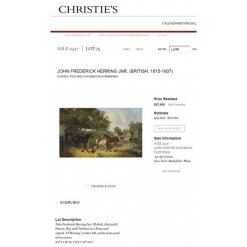 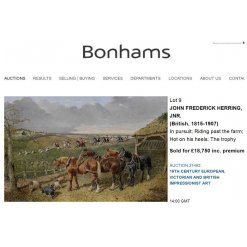 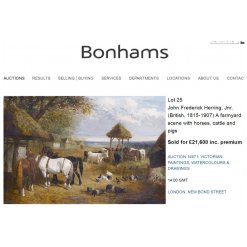 An oil on canvas antique painting by the acclaimed artist John Frederick Herring Jnr (1815-1907) depicting animals in a farmyard scene.

This is a sought after artist and his paintings frequently sell for high prices at auction.  Some examples are included at the end of the photos.

Condition:  Painting and frame are both in good condition. There are some scattered small patches of re-touching visible under a blacklight.

Biography:  John F. Herring, Jr. was born in Doncaster, South Yorkshire c.1820, to the well-known 19th-century artist John Frederick Herring, Sr. (1795–1865), who at the time, was considered one of England’s great Sporting and Equestrian artists, patronized by the English aristocracy. The father’s mastery of the brush, and popularity with the nobility, served his son, Herring, Jr., well. Early on, John, Jr. was exposed to fine painting and wealthy patrons.

John Herring, Jr. developed a love for painting, a passion also shared by his brothers Charles and Benjamin. Three of the four brothers became artists, painting in the same style as their father, often collaborating on a single painting.

In the years after 1836, Herring, Sr., feeling threatened by the teenage John Herring, Jr.’s ability and growing popularity, began incorporating the tag “SR” at the end of his signature.

John Herring, Jr. continued painting, in the tradition of his father, the sporting and animal pictures; however, as his artistic prowess improved, his style changed: he loosened his brushwork and widened his landscape views. The placement of farm animals along the banks of a stream or within a farmyard were characteristic of the work of John F. Herring, Jr.

The work of John Frederick Herring Jr. was exhibited at the Royal Academy and several other major exhibition halls during his lifetime. Among his well-known works were “The Farm-Autumn,” “Watering the Team,” “A Farm Yard,” and “The Homestead.”

In the later years of his life, Herring Jr. lived in Fulbourn, close to Cambridge and died in 1907.