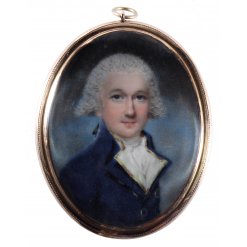 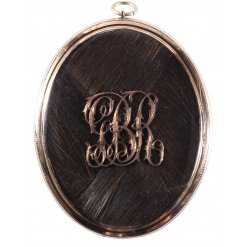 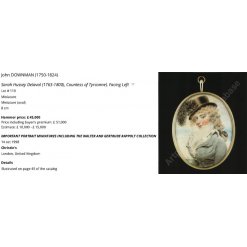 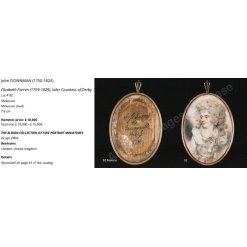 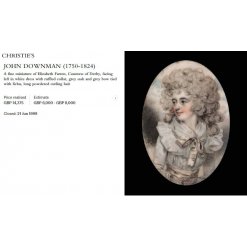 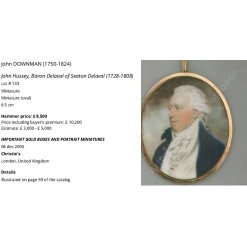 An antique watercolour miniature painting of George Branston Roberts by John Downman (1750-1824). He is wearing a blue coat with gold lining, white stock and chemise, his powdered hair worn en queue and tied with a black ribbon.

Frame:  The miniature is glazed and set within a gilt metal frame, the reverse glazed to reveal GBR monogram atop brown hair.

Condition:  There is some light surface dirt, otherwise the work appears to be in good condition commensurate with age.

Biography:  John Downman studied briefly in Liverpool, then, from 1769, under Benjamin West, president of the Royal Academy. He spent the years 1773-5 in Italy; on his return he set himself up as a portrait painter in Cambridge. By 1779, he had returned to London and was gaining a reputation as one of the most fashionable portraitists of the day. He was patronised by the royal family, as well as such figures as the Duchess of Devonshire and the Duchess of Richmond. His popularity was largely dependent on his ability to work quickly and in quantity. In order to do so he gave up portraits in oil and devised a technique of working in chalks that allowed him to reproduce up to ten or twelve versions of the same portrait.