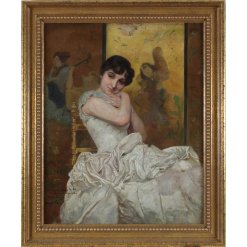 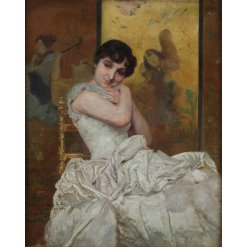 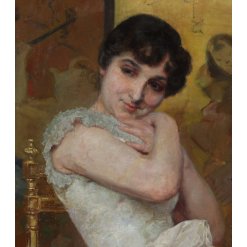 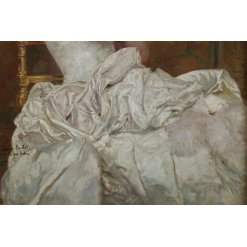 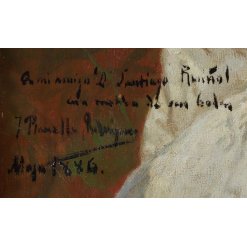 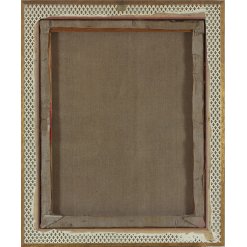 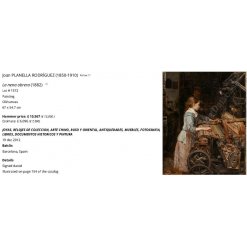 A fine oil on canvas painting by Joan Planella Rodriguez (1850-1910) entitled “The Satisfied Ballerina” depicting a seated young woman in a formal dress.

Another example of a work by this artist is included at the end of the photos.

Condition:  Painting and frame are both in good condition. There are some minor areas of re-touching visible under a blacklight.

Biography:  Joan Planella Rodriguez (1850-1910) was born in Barcelona and trained in Llotja. He took part in exhibitions in Barcelona and won a silver medal in 1871. In 1875 he won a Fortuny pension and went to Rome. He also exhibited successfully often in Madrid, as well as in Berlin (1891) and Chicago (1853). Although he cultivated the painting of history, he devoted himself especially to the realist scene, treated with a great mastery of technique. He has very representative works in the Museum of Modern Art in Barcelona.