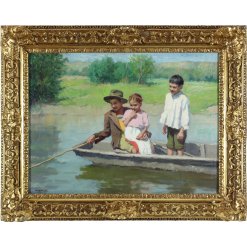 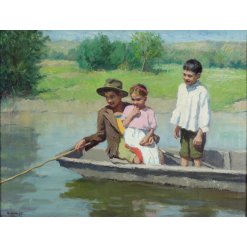 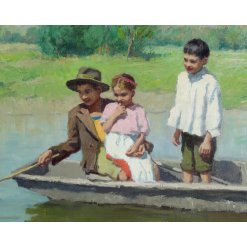 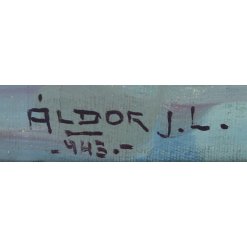 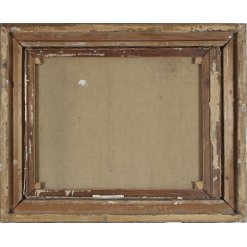 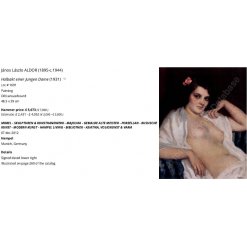 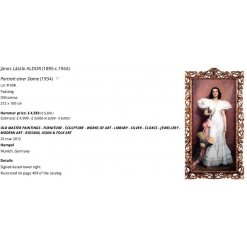 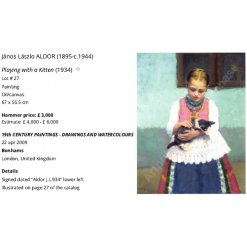 A charming oil on canvas impressionist painting by the Hungarian artist János László Áldor (1895-1944) depicting some young children playing in a boat.

Condition:  Painting and frame are both in good condition, with just a couple of spots of re-touching visible under a blacklight and some minor plaster losses from the frame.

Biography:  János László Áldor (1895-1944) was a self-taught artist. He studied painting while studying architecture. He graduated in engineering in 1919. Between 1923 and 1925 he worked at the artists’ colony in Szolnok. His master was Adolf Fényes. He went on a study trip to Paris and then London in the 1920s. He was an exhibiting artist since 1924. He was a member of the management of the Benczúr Society. One of his works is preserved in the Hungarian National Gallery.