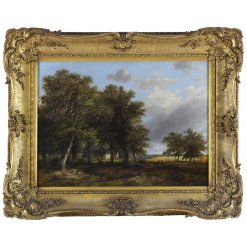 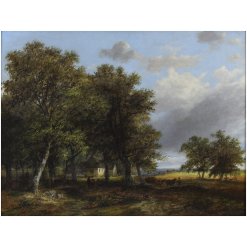 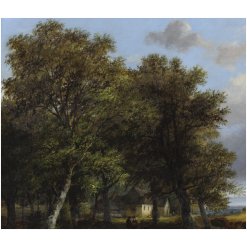 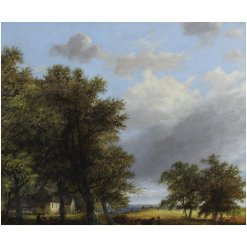 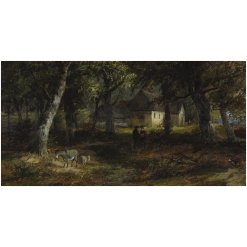 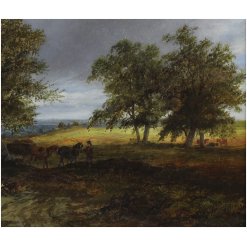 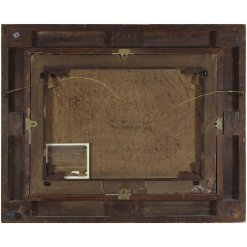 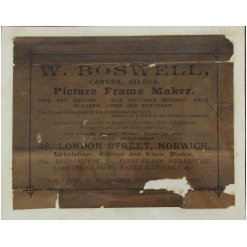 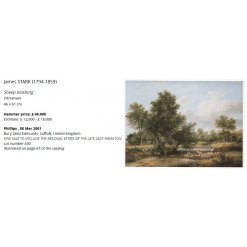 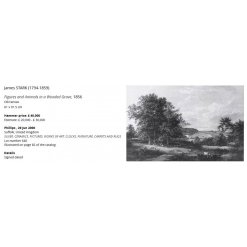 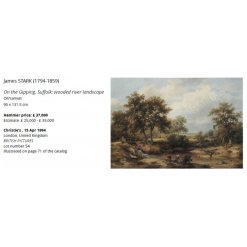 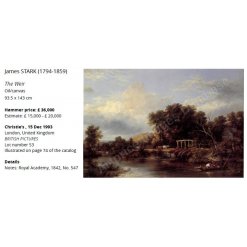 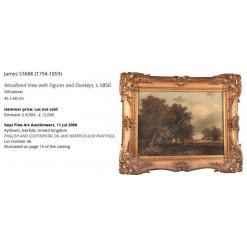 A fine oil on canvas landscape painting by the renowned Norwich School Artist James Stark (1794-1859) depicting a woodland view with figures and donkeys.

Condition:  Painting and frame are both in good condition. There is some rubbing/re-touching in the margins and some craquelure.

Biography:  James Stark (19 November 1794 – 24 March 1859) was an English landscape painter. A leading member of the Norwich School of painters, he was elected vice-president of the Norwich Society of Artists in 1828 and became their president in 1829. He had wealthy patrons and was consistently praised by the Norfolk press for his successful London career.

Stark was born in Norwich, the youngest son of an important dye manufacturer, Michael Stark, who is credited with the invention of the dye known as ‘Norwich red’. On the completion of his education at Norwich School in 1811, he was apprenticed to John Crome, whose influence on his pupil was profound. His work was exhibited in London as early as 1811 and at the British Institution from 1814-18. In 1814 he moved away from Norwich to London, where he befriended the artist William Collins. In 1819 ill health forced him to return to Norwich, where he lived for twenty years, before moving to Windsor in 1840, where he continued to produce landscapes. He returned to London in 1849, residing there until his death in 1859 at the age of 64. He is buried in the Rosary Cemetery in Norwich.