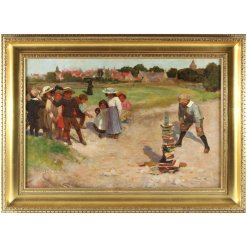 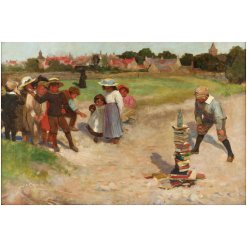 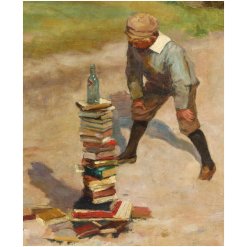 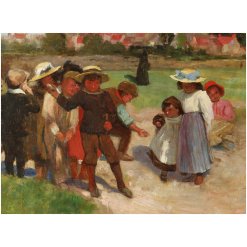 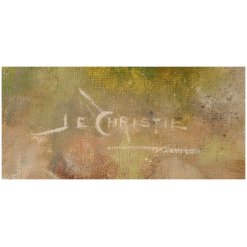 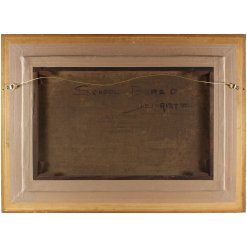 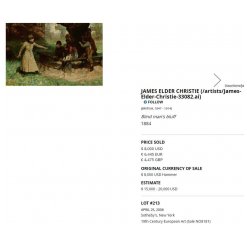 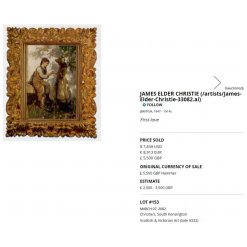 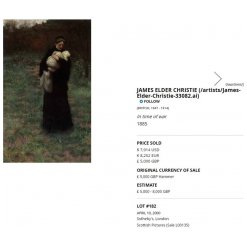 An endearing oil on canvas impressionist painting by James Elder Christie (1847-1914) entitled “School Bored”.  A schoolboy has balanced a stack of books with a bottle on the top for other children to try to knock off with a stone.

Signature:  Lower left.  The reverse of the canvas is also inscribed with the artist’s name and painting title.

Biography:  James Elder Christie (1847-1914) was a portrait and genre painter. Christie received his artistic training at art school in Paisley and South Kensington. He became known for his portraits, paintings of children, moral allegories and illustrations to the poetry of Robert Burns. He won two gold medals at the Royal Academy in 1876 and 1877.

In the 1870s Christie attended life classes in M. Barthe’s studio in Limerston Street, in Chelsea, classes which Whistler also attended at this time. On 9 November 1882 he was elected an artist member of Glasgow Art Club, and resigned on 15 February 1889.

In 1893 he moved back to Glasgow, and was re-elected to the Club on 20 December 1894, and finally elected as an honorary member on 29 December 1913. Following a period in Paris, Christie joined the New English Art Club.