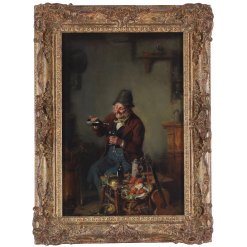 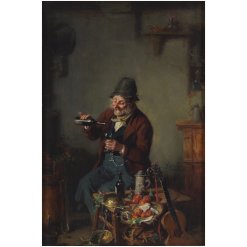 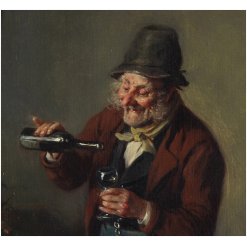 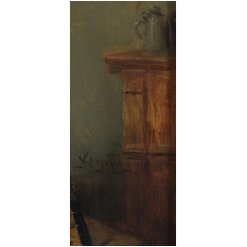 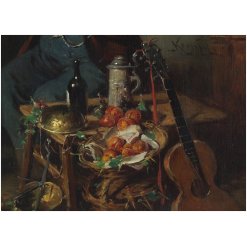 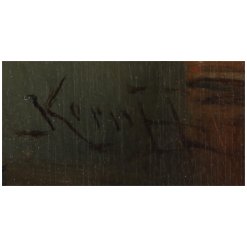 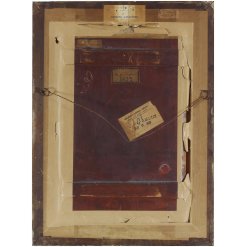 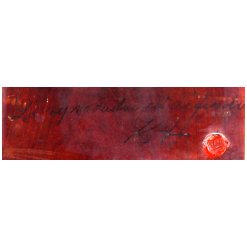 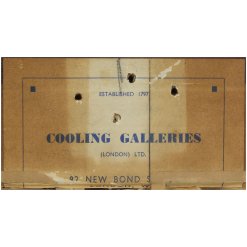 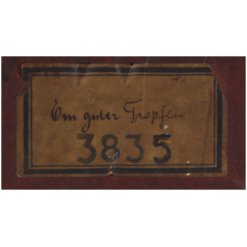 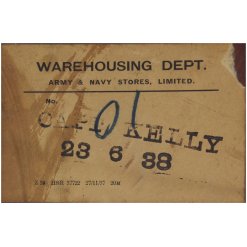 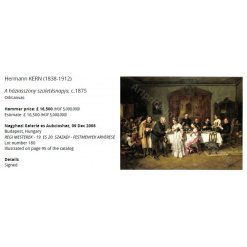 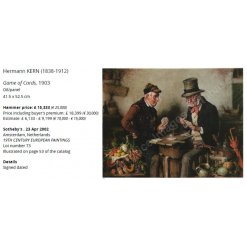 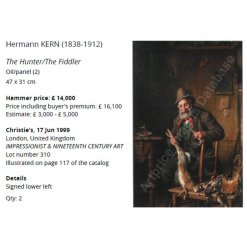 A fine oil on panel painting by Hermann Armin von Kern (1838-1912) entitled “Ein Guter Tropfen” depicting an old man in a tavern pouring himself a glass of wine.

Please see our other listings for a matching painting if you would like a pair.

Condition:  Painting and frame are both in good condition. Some minor rubbing in the left margin.

Biography:  Hermann Armin von Kern (14 March 1838 – 18 January 1912) was an academic painter, one of the most popular Austrian genre painters of his time and a court painter at the court of Franz Josef I in Vienna.

Hermann specialised in portraits and genre scenes. The latter often depicted children at play, music making gypsies, tavern scenes, and single persons. In 1885 he painted the ceiling decoration of the Szeged Theatre.  He worked initially in Budapest as a portrait and genre painter. Later, he moved to Paris, and in 1877 he moved to Vienna, and lived there with his large family (his wife Paulina and 10 children) as an emperor Franz Joseph I Court Painter until his death in 1912 in Maria Enzersdorf, Austria.