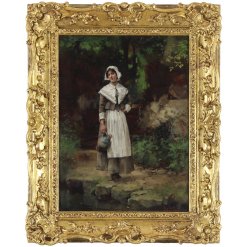 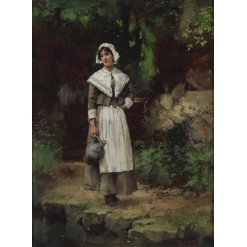 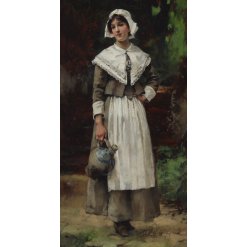 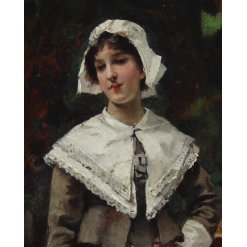 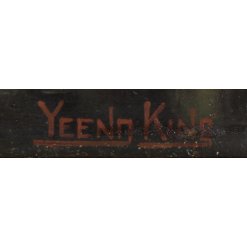 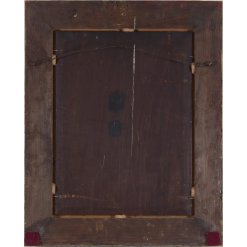 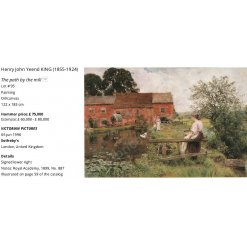 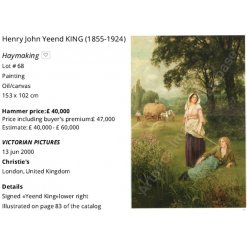 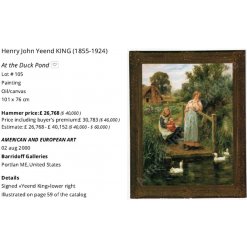 Condition:  Painting and frame are both in excellent condition. There are some corrections to rubbing on the edges visible under a blacklight.

Biography:  Henry John Yeend-King (1855-1924) was an English Victorian artist who spent most of his career in London. He painted numerous bucolic scenes with young farm women, either working at their chores or simply enjoying the serenity of country living.

King’s formal education was at the Philological School in London and then at a glass painters, O’Connor’s, for three years. Following that period, he studied painting with William Bromley (active 1835-1888), a painter in London, and then studied in Paris with Leon Bonnat (1833-1922) and Fernand Cormon (1854-1924). The academic training in France was very influential and helped mould his fully matured style of carefully modelled figures, plein-air technique and bold coloration.