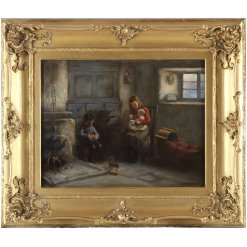 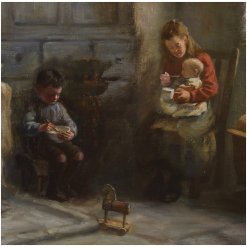 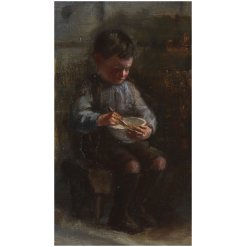 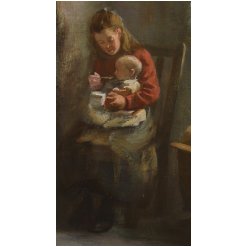 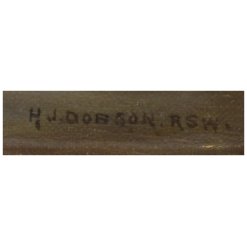 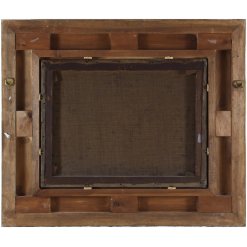 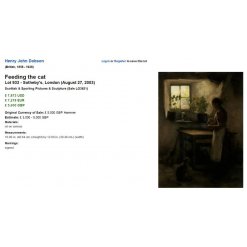 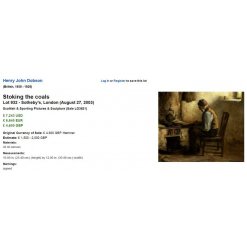 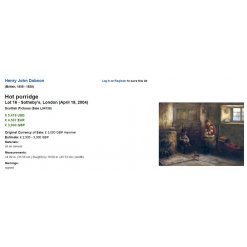 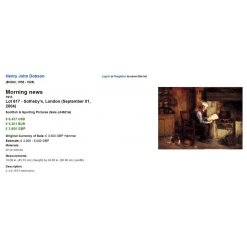 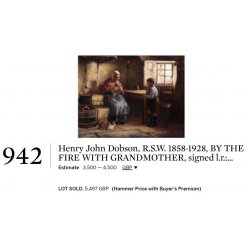 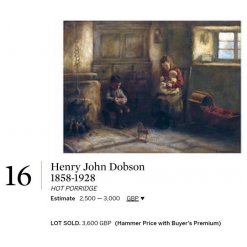 A beautiful oil on canvas painting by Henry Dobson (1858-1928) entitled “Hot Porridge”. A young boy sits on a stool near the fireplace eating his porridge whilst his Mother sits by the window feeding a baby.  The painting has some lovely detailing and the lighting has been expertly captured by the artist.

Biography:  Born in Peebleshire, Scotland, the artist Henry John Dobson trained at the School of Design at the Royal Institution in Edinburgh. He exhibited regularly at the Royal Scottish Academy and occasionally at the Royal Academy, London. Primarily a genre painter, Dobson depicted subjects from Scottish daily life, often with an emphasis on sentimental incidents. He also painted some fine watercolours and sensitive portraits. He travelled to the United States and Canada in 1911. His two sons, Cowan Dobson and Henry Raeburn Dobson, also became artists.