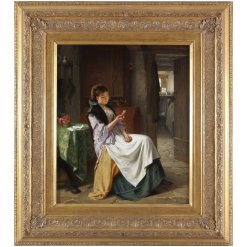 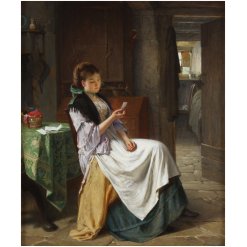 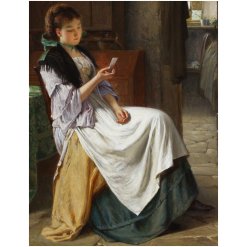 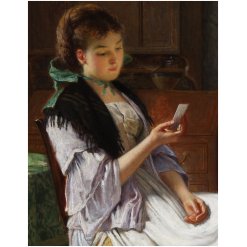 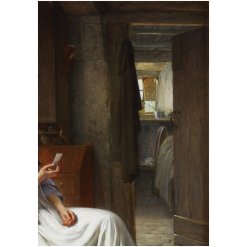 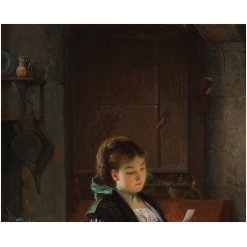 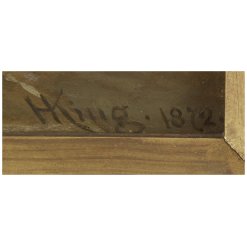 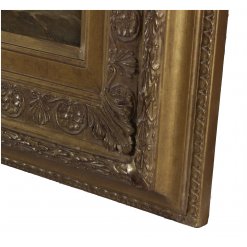 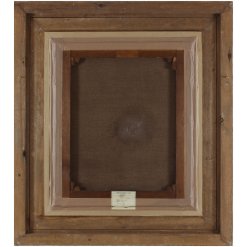 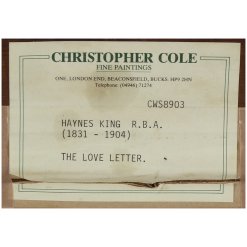 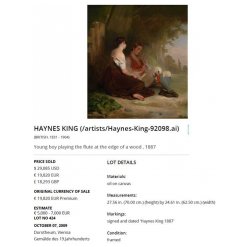 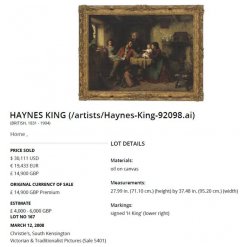 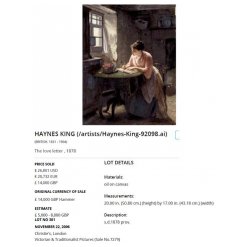 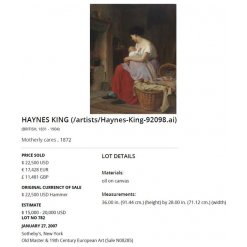 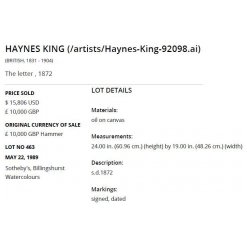 A well painted oil on canvas painting by Haynes King (1831-1904) entitled “The Love Letter” depicting a young woman seated in an interior reading a letter.

Condition:  Painting and frame are both in good condition.  There are a few scattered spots of re-touching.  There is a slight bump in the centre of the canvas but no damage to the surrounding paintwork.

Biography:  Haynes King (1831 – 1904) was an English genre painter. As well as genre subjects, he painted interiors, landscapes, and coast scenes with figures.

King was born in Barbados. Coming to London in 1854, he became a student at Leigh’s (afterwards Heatherley’s) Academy in Newman Street, London. He first exhibited in 1857 at the Society of British Artists, of which he was elected a member in 1864; many of his works appeared at its exhibitions, and forty-eight were shown at the Royal Academy between 1860 and 1904. He worked at one period with Thomas Faed whose influence is seen in his work.

King resided latterly at 103 Finchley Road, N.W., with the painter Henry Yeend King. After months of ill health he committed suicide on 17 May 1904. He married Annie Elizabeth Wilson in 1866, a widow, and left no family.