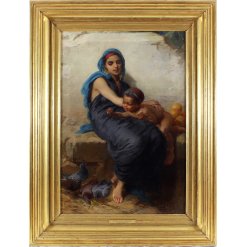 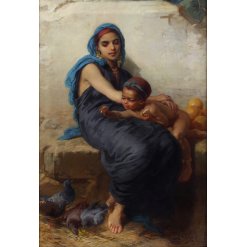 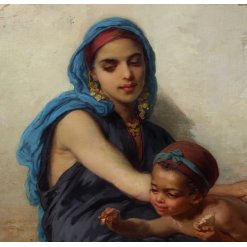 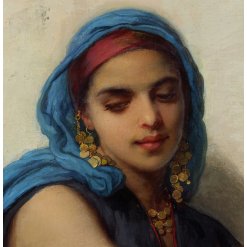 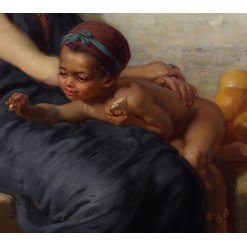 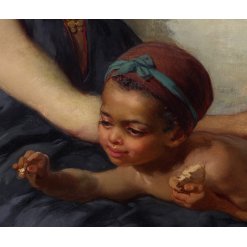 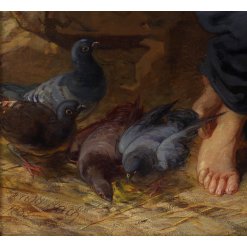 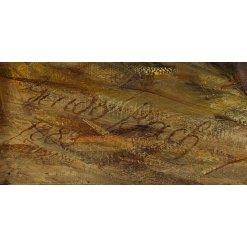 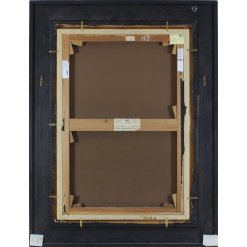 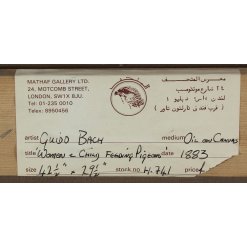 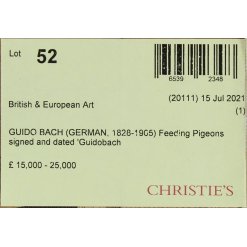 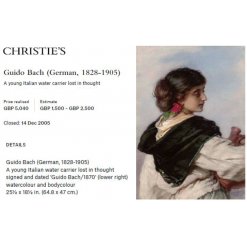 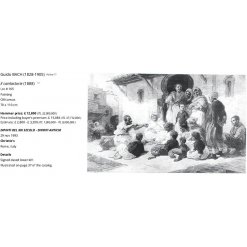 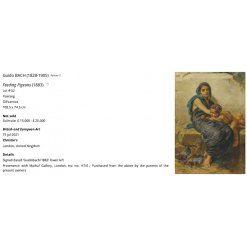 A spectacular oil on canvas painting by Guido Bach (1828-1905) entitled “Feeding Pigeons”.  It depicts a young child on the lap of his Mother giving food to the birds on the ground.

Condition:  Frame and painting are both in very good condition.  There is light craquelure throughout the painting commensurate with age.

Biography:  Guido Bach ((1828-1905)  was born in Annaberg near Dresden, Germany and enrolled at the academy of Dresden to study painting.  He was influenced by the painter Julis Huesbner who instilled within him a love of figurative painting.   In 1862 he left Germany for England and settled in London where he established a studio.

Within three years of his arrival in England he was made an Associate Member of the New Society of Painter in Watercolours and in 1868 was honoured with Full Membership.  In 1866 he exhibited for the first time at the British Institution and a few years later commenced showing his work at the Royal Academy of Arts.  He also exhibited in Dresden.

It is clear that he would have been familiar with the works of the pre-Raphaelites as the technique he employed, and the subjects he painted, owe much to their influence.  In 1876 he visited Egypt and as a result of his stay in Cairo he produced a series of Orientalist works which were exhibited upon his return to England.

Guido Bach enjoyed a long and illustrious career, dying in London in 1905.  His works today can be seen in London in the British Museum.