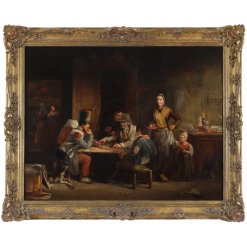 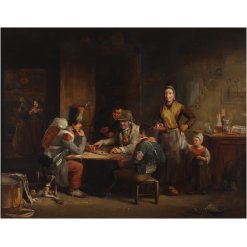 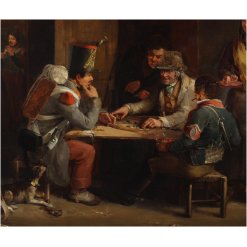 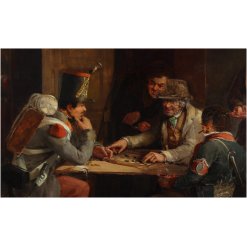 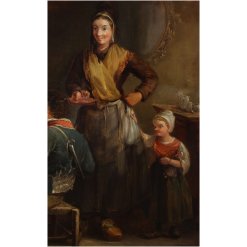 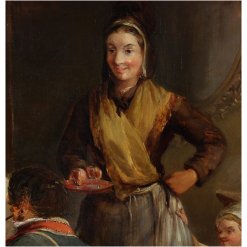 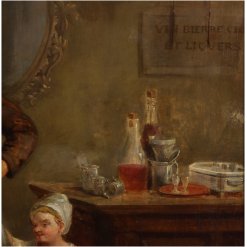 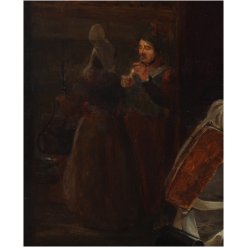 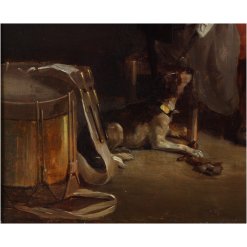 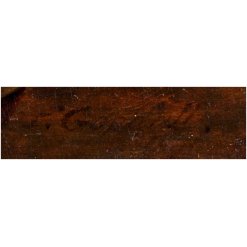 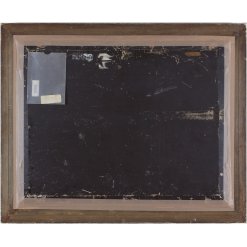 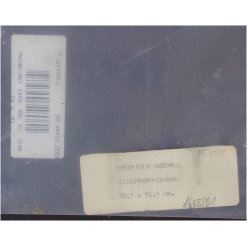 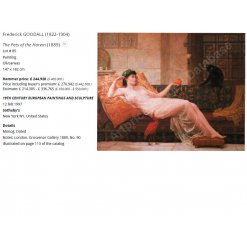 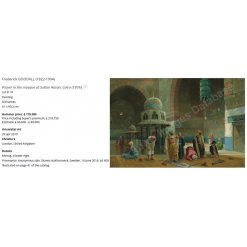 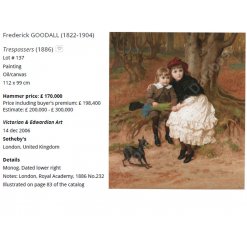 A fine oil on panel painting by Frederick Goodall (1822-1904) of a group of people playing chequers inside a tavern.  A beautifully detailed work of art which captures the real mood of the scene.

Condition:  Painting and frame are both in very good condition.  The panel has an old repair and has recently been cleaned. There is some re-touching visible under a blacklight in various parts of the central figure group and in the area of the repair.

Biography:  Frederick Goodall was born in London in 1822. He received his education at the Wellington Road Academy.

Goodall visited Egypt twice; in 1858 and again in 1870, both times travelling and camping with Bedouin tribesmen. On his first visit to Egypt, he shared a house and studio with artist, Carl Haag and the pair often sketched together, both in the streets and outside Cairo, especially in the area around the Pyramids. On his second visit in 1870, he lived at Saqqara, near the Pyramids with the aim of directly observing Bedouin lifestyles. After his return to England, Goodall painted many variations of the same Eastern themes. In order to provide authentic detail to his paintings, Goodall brought back sheep and goats from Egypt. The Egyptian theme was prominent in his work, with 170 paintings being exhibited at the Royal Academy over 46 years.

Goodall’s work received high praise and acclaim from critics and artists alike and he earned a fortune from his paintings. He had a home built at Grim’s Dyke, Harrow Weald, where he would entertain guests such as the Prince of Wales (later Edward VII).

Although hugely wealthy at the height of his career, his income dwindled during his final years and when he died in 1904 he was bankrupt. He was buried in a family vault at Highgate Cemetery (west side).