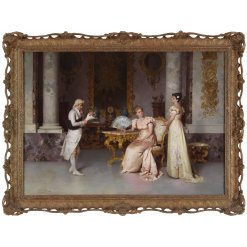 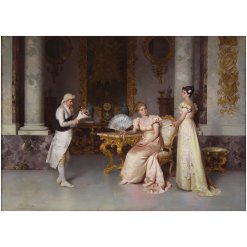 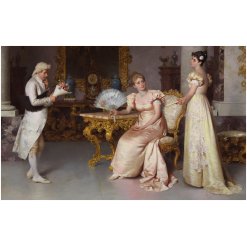 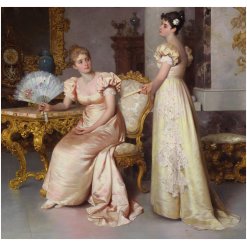 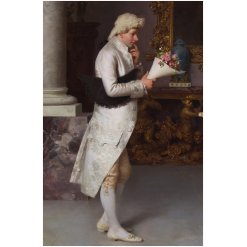 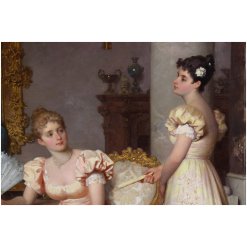 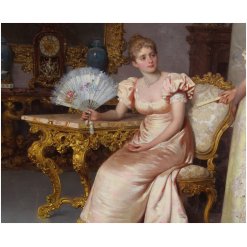 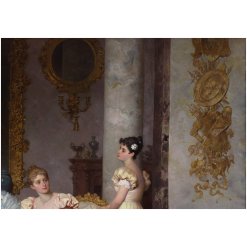 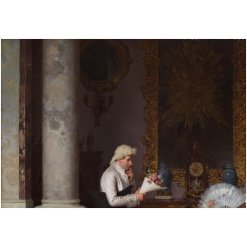 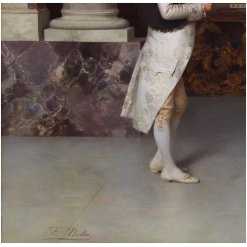 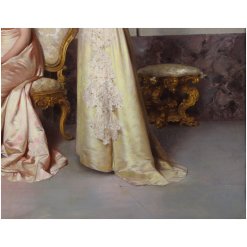 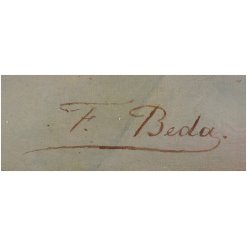 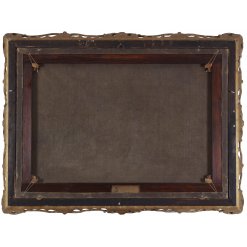 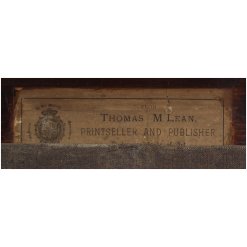 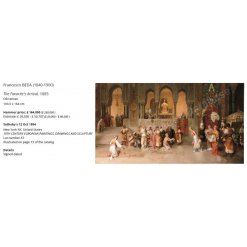 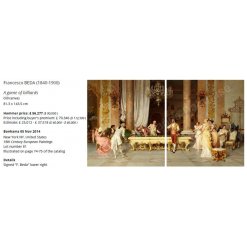 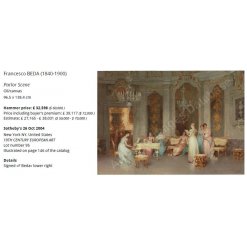 A museum quality oil on canvas painting by the Italian artist Franseco Beda (1840-1900) entitled “The Young Suitor”. It depicts a interior scene where a young man is offering flowers to a young lady.

This is an extremely fine painting by this renowned artist, which is in excellent condition and truly of museum quality.

Condition:  Painting and frame are both in excellent condition with no re-touching visible under a blacklight.

Biography:  Francesco Beda (Trieste, 29 November 1840 – 30 July 1900) was an Italian painter, who mainly depicted costume genre subjects. The “costume genre subjects” were popular with some buyers, and depicted individuals in anachronistic, often aristocratic garb of the prior centuries, often entertained in either gallantry or frivolous enjoyment.

Francesco studied with Karl von Blaas in Vienna, but in addition to working in his native Trieste, he travelled and painted for patrons in Austria, Hungary, and Croatia. He painted portraits of the Empress Elisabeth of Austria, the Prince of Rolian, and Bishop Strossmayer of Zagreb. He also had an interest in Orientalist subjects as exemplified by Il Caffè Orientale di Trieste (c. 1888), now on display in the Civic Museum of Oriental Art of Trieste.

One of Beda’s most famous works, “Chess Game” was infamously stolen from a private collection in London. Interpol tracked the painting to the United States but lost the trail somewhere in New Jersey.