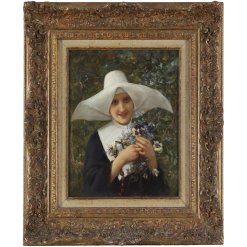 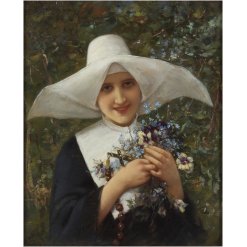 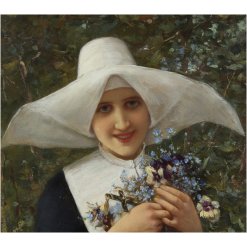 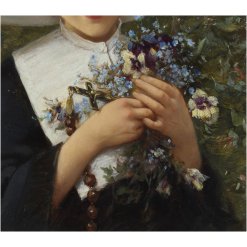 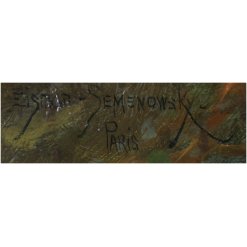 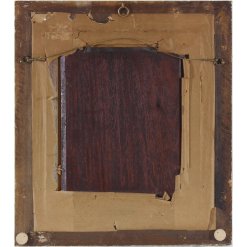 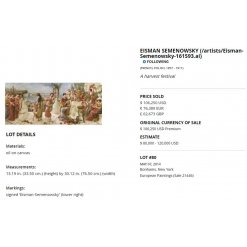 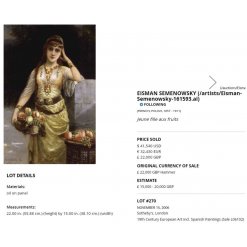 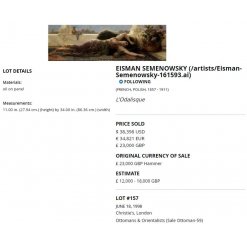 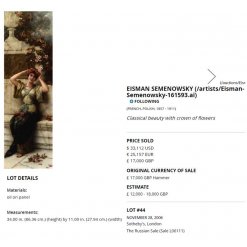 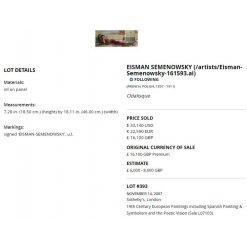 A charming antique oil on panel painting by Emile Eisman-Semenowsky (1857-1911) entitled “The Novice Nun”.  It depicts a very young woman dressed as a Nun holding an armful of flowers.

Works by this artist frequently sell for very high prices at auction.  Some examples are included at the end of the photos

Biography:  There are very few documented sources on Émile Eisman-Semenovsky’s biography (1857-1911). He was born in the part of Poland annexed by Russia. He emigrated early, and studied painting outside Poland. At the beginning of the 1880s, he went to Paris and became known there as a painter of sentimental female portraits. He worked as assistant to Jan van Beers d.J. and appeared as a witness in the scandal surrounding the Beers paintings “Lily” and “La Sirene”.  Apart from the numerous women’s portraits, he created a few genre and nude pictures. His painting was adapted to the taste of the French bourgeoisie. Many works were portrayed depicting women of the Middle East or the ancient world. In France he was attributed to Polish or Russian painters.