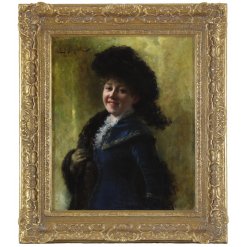 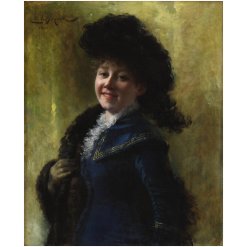 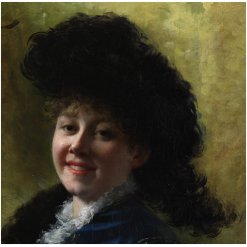 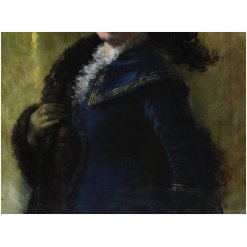 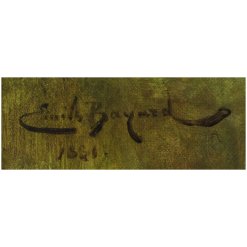 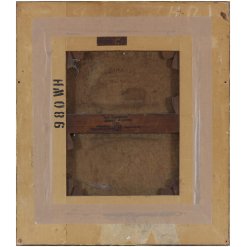 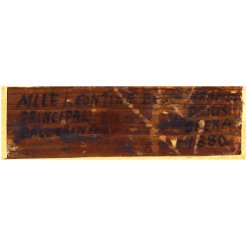 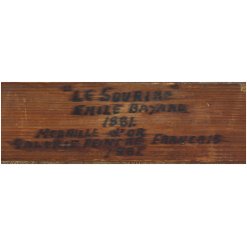 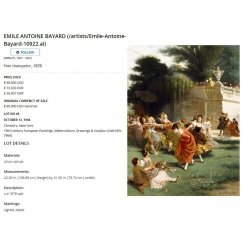 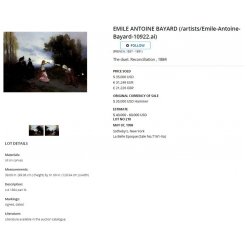 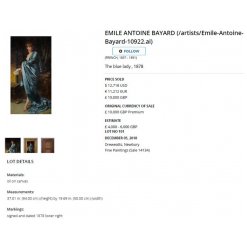 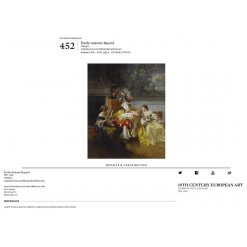 There is very old label on the reverse which states “Mlle Leontine Beaugrand, Principal Ballerina, Paris Opera 1880”, which is believed to be the sitter.

Born in Paris on 26 April 1842, Mlle Léontine Beaugrand was a dancer with the Paris Opéra. Although technically not very strong, she had a soft and gentle manner and became one of the company’s principal dancers during the 1860s and 1870s.

Provenance:  UK Private Collection.  The stretcher has been inscribed to state that the painting won a gold medal at the “Gallerie Peintre Francais” in 1881.

Condition:  There is a small area or re-touching in the area to the left of her face, on her hat, and in the margins.

Biography:  Emile Antoine Bayard (1837-1891) was born in Ferté-sous-Jouarre, France. Bayard was an apprentice under Léon Cogniet from 1853 until 1857 and published humoristic drawings in various magazines on the side, mostly under the pseudonym “Abel de Miray.” Starting in 1857, he worked mainly on charcoal drawings, paintings and water colours and achieved his first success with woodcuts of Fortune Louis Méaulle and B. Smeeton, engravings of A. Lamotte, and color lithographies of Champenois.

Beginning in 1864, Emile Antoine Bayard worked primarily for the magazines “Journal pour rire” and “L’Illustration” and also produced drawings of current events for other journals such as “Journal des Voyages” and “Les Bibliothèque des Merveilles.” The Franco-Prussian War of 1870-71 figures prominently in these documentary drawings and lithographs. Noteworthy examples include the charcoal “Sedan” from 1870, “Commandant Franchetti,” which was exhibited in the Paris Salon in 1873, as well as the triptych “Gloria,” “Victis,” and “Après la bataille de Waterloo,” which was acquired by the French government in 1874.

With the end of the 19th century and the growing influence of photography, Emile Antoine Bayard’s documentary drawings were displaced little by little from newspapers and magazines. He then worked mainly as an illustrator, on Victor Hugo’s “Les Misérables” for example, and genre painter. Besides his graphic works, Emile Antoine Bayard’s decorative paintings are worth mentioning, for example his decoration of the foyer of the Théâter du Palais Royale, where he immortalized the most important actors of the theater in portraits.