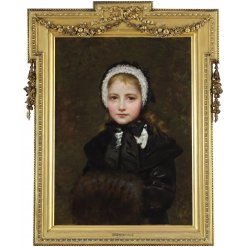 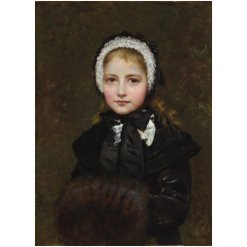 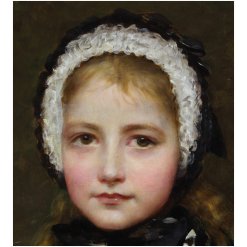 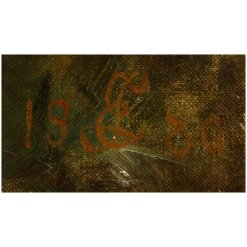 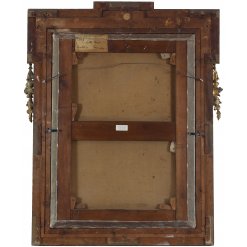 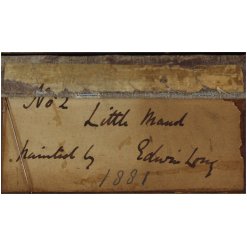 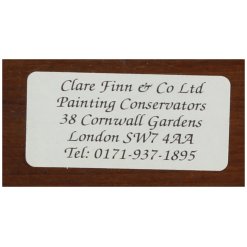 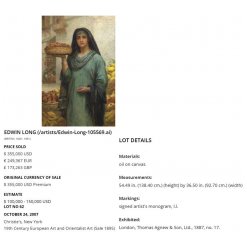 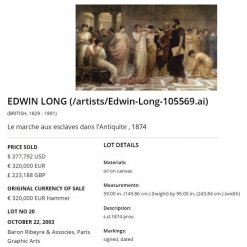 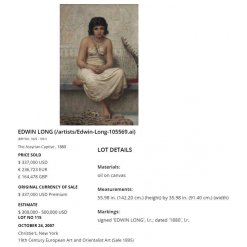 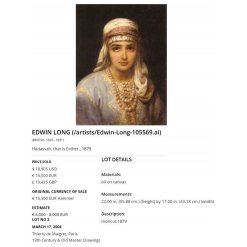 Condition:  Painting and frame are both in good condition. There is some light rubbing in the margins.

Biography:  Edwin Long was born in Bath, Somerset, the son of James Long, a hairdresser, (from Kelston in Somerset), and was educated at Dr. Viner’s School in Bath. Adopting the profession of a painter, Long came to London and studied in the British Museum. He was subsequently a pupil in the school of James Mathews Leigh in Newman Street London, and practised first as a portrait artist painting Charles Greville, Lord Ebury and others.

Long made the acquaintance of John Phillip RA, and accompanied him to Spain, where they spent much time. Long was greatly influenced by the paintings of Velasquez and other Spanish masters, and his earlier pictures were painted under Spanish influence. In 1874, he visited Egypt and Syria, and subsequently his work took a new direction. He became thoroughly imbued with middle-eastern archaeology and painted oriental scenes.

Long was elected an associate of the Royal Academy in 1870 and an academician (RA) in 1881. His pictures always attracted attention and his Diana or Christ? (1881) greatly enhanced his reputation at the time. His pictures suited the taste and appealed to the religious sentiment of a large portion of the public, and their popularity was increased by a wide circulation of engravings. He consequently determined to exhibit his next pictures in a separate gallery of his own in Bond Street, London and there in 1883, and the following years, his Anno Domini and Zeuxis at Crotona met with great commercial success.

Long died from pneumonia resulting from influenza, at his home, “Kelston” in Netherhall Gardens, Hampstead, on 15 May 1891, in his sixty-second year.

Besides the Edwin Long Gallery in Old Bond Street, a number of his pictures was collected together after his death, and formed the nucleus of a gallery of Christian Art which replaced the works of Gustave Doré in the well-known gallery in New Bond Street. Long had considerable practice as a portrait painter but his success in that line was not conspicuous, although he obtained high patronage and very large prices.