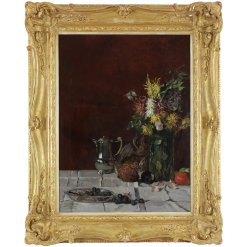 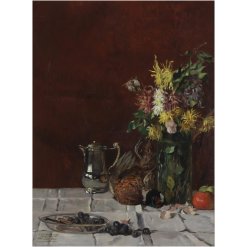 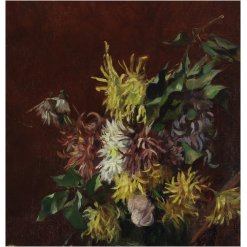 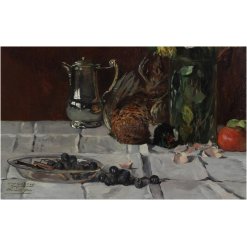 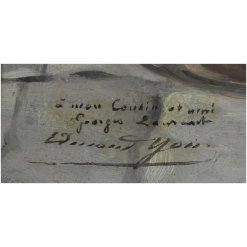 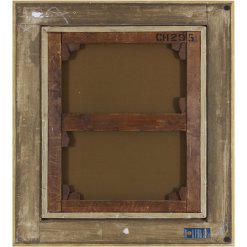 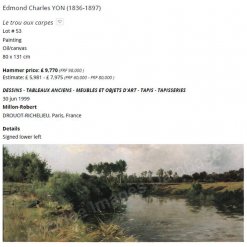 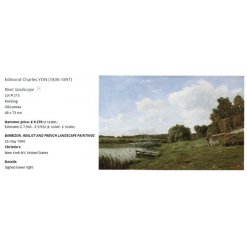 A very well painted oil on canvas still life painting by the French artist Edmond Charles Joseph Yon (1836–1897) depicting flowers in a vase and a pheasant.

Condition:  Painting and frame are both in overall good condition.  There is some scattered re-touching visible under a blacklight, and there are some minor scratches to the varnish surface.

Biography:  Edmond Charles Joseph Yon (1836 – 1897)  was a French painter known for his landscape paintings and engravings. A pupil of Pouget and Lequesne, Yon made his debut at the Paris Salon in 1865 with his engravings for the works of Victor Hugo.

In 1867 Yon exhibited his first painting entitled, Chemin a Velizy and continued to exhibit works in France and abroad throughout his life, winning several important awards throughout his career.

Yon was particularly noted for his riverside scenes and often depicted scenes from the Seine, the Marne and the Bievre. He also painted in Holland.