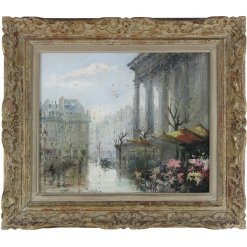 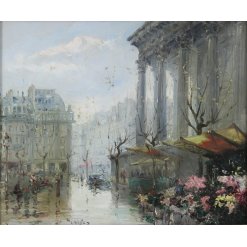 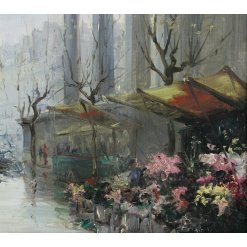 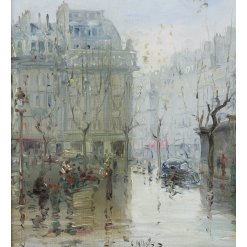 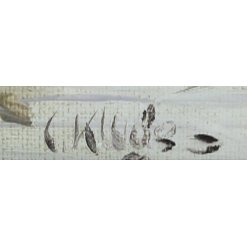 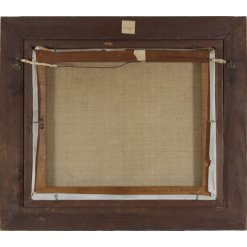 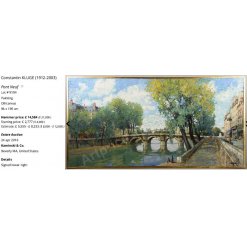 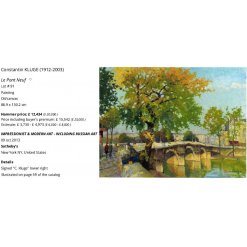 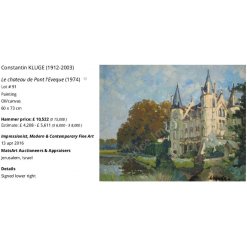 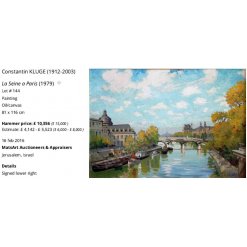 Signature:  Lower left, and also signed, inscribed and dated 30/09/50 on the stretcher (verso).

Condition:  Painting and frame are both in good condition. There are some minor chips to the frame edges.

Biography:  Constantin Kluge was born on January 29, 1912, in Riga. He settled in Paris in 1950 and soon thereafter found representation in a French gallery on Rue Saint-Honore.

He won several awards in the 1960’s at the Salon des Artistes Francais. In 1990 he was awarded the Chevalier de la Legion d’Honneur.

He exhibited in several French galleries and also in New York, Chicago and Los Angeles.