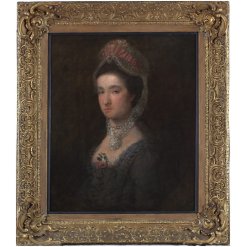 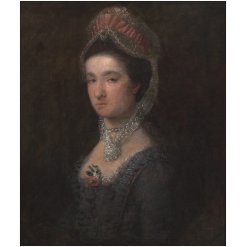 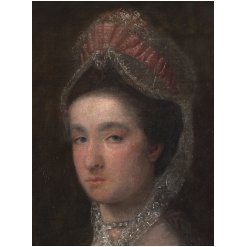 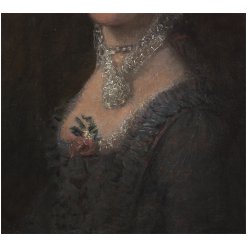 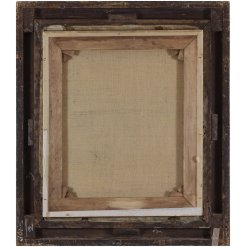 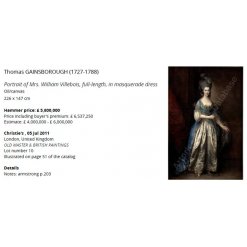 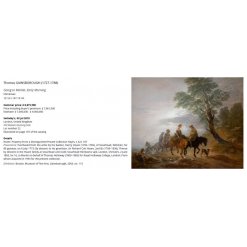 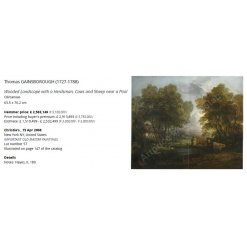 A fine 18th Century oil on canvas portrait from the circle of Thomas Gainsborough (1727-1788) of a young lady.

Some other examples of works by Thomas Gainsborough are included at the end of the photos.

Condition:  Painting has been lined and fitted to a new stretcher.  There is some re-touching to her face, neck and hair. Some visible wear commensurate with age.

Biography:  Thomas Gainsborough RA FRSA (1727 (baptised) – 1788) was an English portrait and landscape painter, draughtsman, and printmaker. Along with his rival Sir Joshua Reynolds, he is considered one of the most important British artists of the second half of the 18th century. He painted quickly, and the works of his maturity are characterised by a light palette and easy strokes. Despite being a prolific portrait painter, Gainsborough gained greater satisfaction from his landscapes. He is credited as the originator of the 18th-century British landscape school. Gainsborough was a founding member of the Royal Academy.

When he was still a boy he impressed his father with his drawing and painting skills, and he almost certainly had painted heads and small landscapes by the time he was ten years old, including a miniature self-portrait. Gainsborough was allowed to leave home in 1740 to study art in London, where he trained under engraver Hubert Gravelot but became associated with William Hogarth and his school. He assisted Francis Hayman in the decoration of the supper boxes at Vauxhall Gardens, and contributed one image to the decoration of what is now the Thomas Coram Foundation for Children.

In 1746, Gainsborough married Margaret Burr. The artist’s work, then mostly consisting of landscape paintings, was not selling well. He returned to Sudbury in 1748–1749 and concentrated on painting portraits. In 1752, he and his family, now including two daughters, moved to Ipswich. Commissions for portraits increased, but his clientele included mainly local merchants and squires. Towards the end of his time in Ipswich, he painted a self-portrait, now in the permanent collection of the National Portrait Gallery, London.