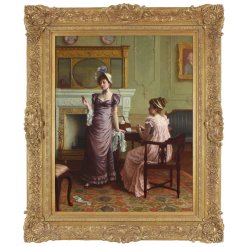 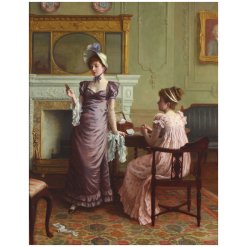 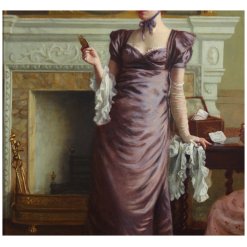 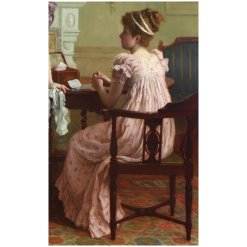 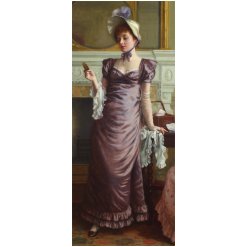 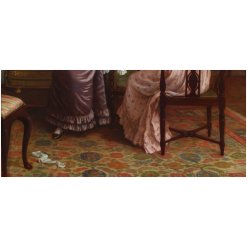 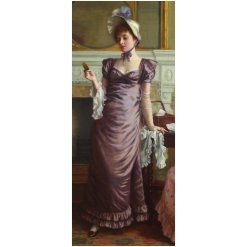 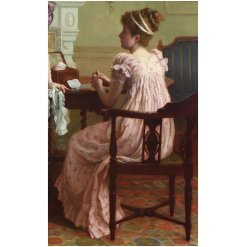 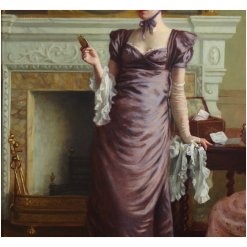 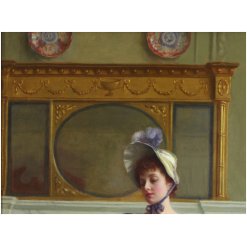 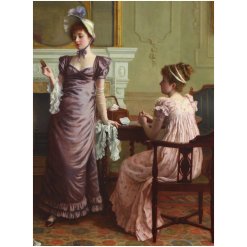 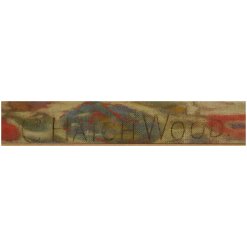 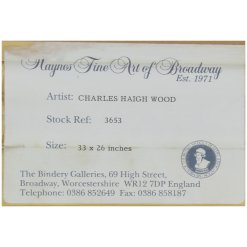 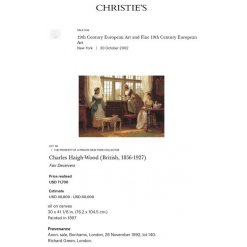 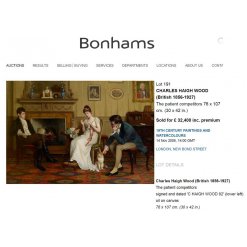 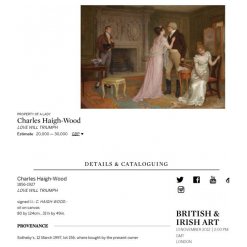 A museum quality oil on canvas painting by Charles Haigh-Wood (1856-1927) entitled “The Keepsake”.  It depicts two finely dressed ladies in an interior.

Condition:  Frame is in good condition. Painting is in excellent condition and has been lined. There are some dried water marks on the lining.  No re-touching visible under a blacklight.

Biography:  Charles Haigh-Wood (1856-1927) was born in a home above a workshop in Bury, England where his father Charles Wood, a master craftsman, built picture frames. By the 1870s when Charles Sr.’s business was prospering, he diversified into picture-dealing, and moved into a substantial new home.

While studying at the Schools, Haigh-Wood captured a great deal of attention, and by 21 he was exhibiting at the Academy and was subsequently elected a member. Following his election, he travelled and studied Renaissance masters in Italy, before returning to settle in England.

His talent at painting portraits brought him many commissions, but Haigh-Wood was best known for painting drawing room “conversation pieces,” or story-telling scenes of polite society, which made him a popular genre painter in the late 19th century.

His work was incredibly popular during his lifetime. A number of his paintings were purchased by greeting-card manufacturers for reproduction, which insured both his financial security and his reputation.