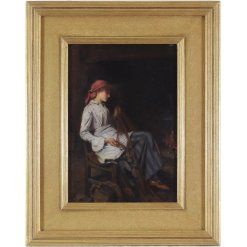 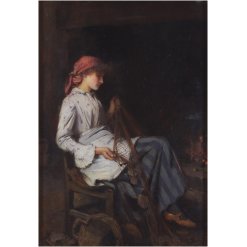 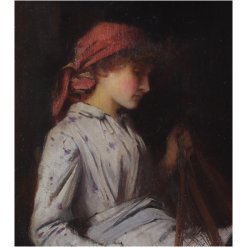 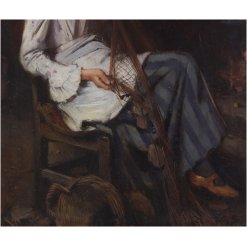 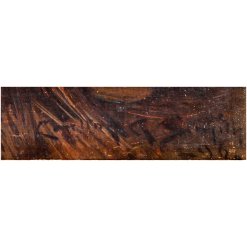 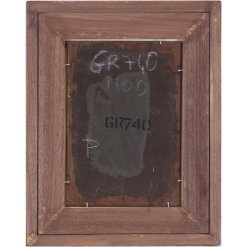 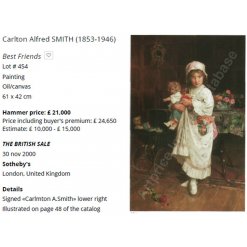 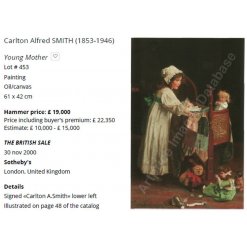 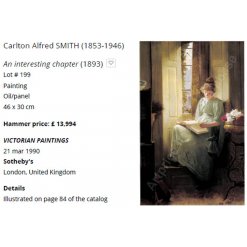 Frame:  Painting is presented in a later giltwood frame.

Biography:  Carlton Alfred Smith, RBA RI ROI (1853-1946) was a painter, mainly in watercolour, of gentle rural genre scenes, including many of mothers and daughters.

Carlton Alfred Smith was born in Camden Town, London, on 27 August 1853, the son of a steel engraver. He was educated in France, and then studied at the Slade School of Fine Art, winning gold and silver medals. Initially, he worked as a lithographer before turning to painting. He exhibited mainly at the Royal Society of British Artists (being elected a member in 1879), the Royal Institute of Painters in Water Colours (RI 1889) and the Royal Institute of Oil Painters (ROI 1890), and also at the Royal Academy of Arts.

Smith spent the years between 1916 and 1923 in India, during which time he produced both portraits and fascinating scenes of street life.