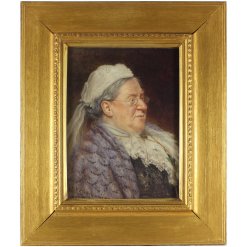 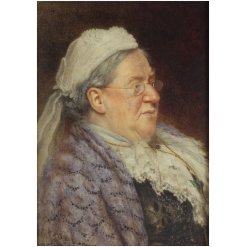 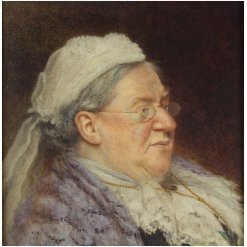 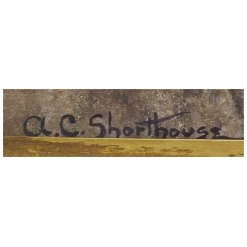 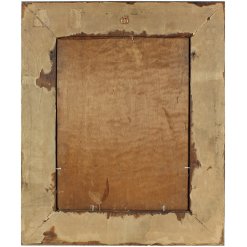 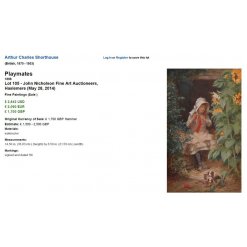 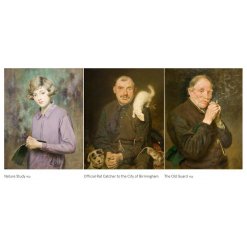 This lovely watercolour portrait painting of an elderly lady by Arthur Charles Shorthouse (1870-1953) has expertly captured the grace and dignity of a woman in her later years.  The lady is believed to be the Horticulturist Gertrude Jekyll (1843-1932).

Some examples of other works by this artist are included at the end of the photos.

Frame:  Glazed and presented in the original gilt wooden frame with a decorative inner border.

Condition:  Both painting and frame are in good condition.  The frame joints have opened slightly where the wood has dried over the years but is otherwise sound.

Biography:  Arthur Charles Shorthouse (1870-1953) was a painter of portrait and genre subjects.   He studied at the Birmingham School of Art and at the RBSA.   He exhibited one work at the Royal Academy, and then at the RBSA from 1892 onwards.  Some of his paintings are currently in the Birmingham museum.

He lived at Moseley in Birmingham.