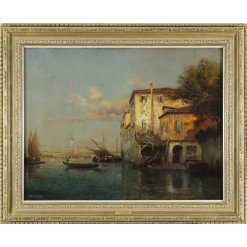 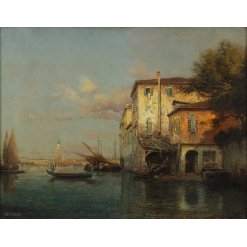 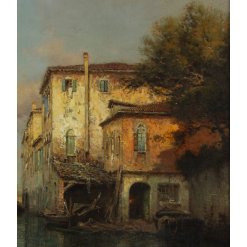 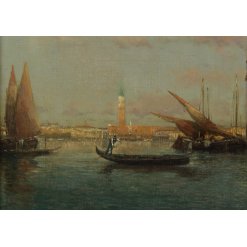 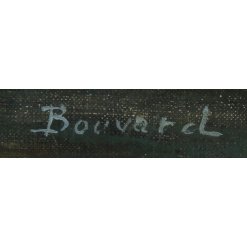 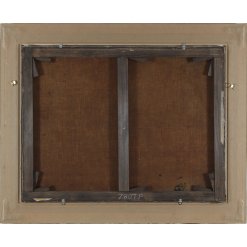 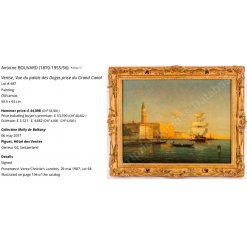 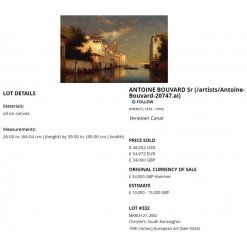 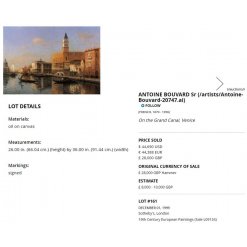 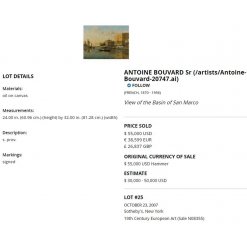 A very high quality oil on canvas painting by Antoine Bouvard (1870-1956) of a Venetian canal with a Gondolier and the Campanile di San Marco in the background. This is a fine example of the work and subject matter that this artist is most famous for.

Antoine Bouvard Senior, also known as Marc Aldine was born at St. Jean-de-Bournay in L’Isere in 1870. He trained as an architect and studied art and architecture under Constant-Dufeus, at the Ecole des Beaux-Arts in Paris. He became the Director of Architectural Services for the Seine, and was responsible for the construction of the Bourse du Travail and the Boulevard Morland in Paris.

His paintings show the influence of Felix Ziem, reflecting his love of Venice in the delicacy and fluidity of his use of colour, capturing in his paintings, the warmth and beauty that he found there. Known as a painter of Venetian subjects, he worked during the early part of the 20th century, becoming one of the most prolific painters of Venetian genre from this period.

Bouvard’s works are broad and confidently painted, capturing all the atmosphere and charm of one of the most beautiful cities in the world. He exhibited throughout France and Italy as well as in many provincial European galleries during his own lifetime. His popularity has continued to the present day, placing him amongst the most recognized and respected painters of Venetian subjects. Bouvard is known to have painted both under his own name and the pseudonym, Marc Aldine.