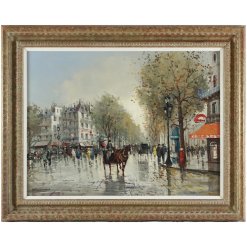 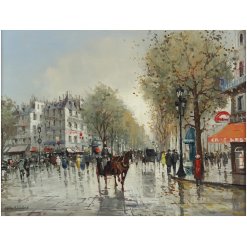 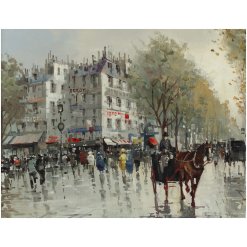 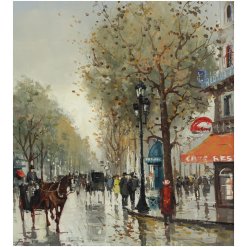 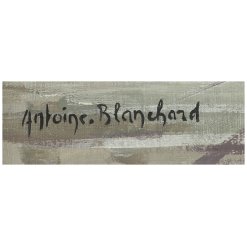 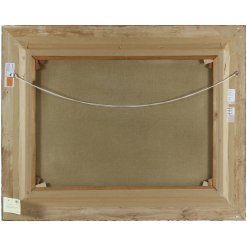 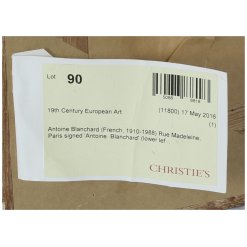 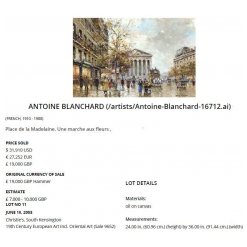 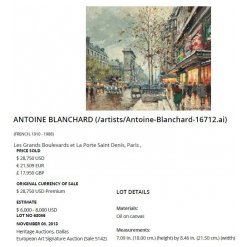 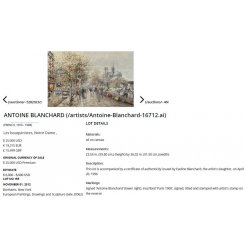 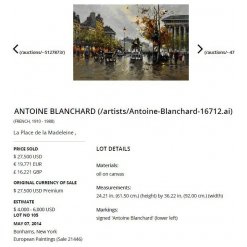 A very high quality oil on canvas painting by Antoine Blanchard (1910-1988) of Rue Madelaine, Paris. This is a fine example of the work and subject matter that this artist is most famous for.

Biography:  Antoine Blanchard (1910-1988) received his initial artistic training at the Beaux-Arts in Rennes, Brittany. He then moved to Paris in 1932 where he joined the Ecole des Beaux-Arts. He won the Prix de Rome.

Like Édouard Cortès (1882–1969) and Eugène Galien-Laloue (1854–1941), Antoine Blanchard essentially painted Paris and the Parisians in bygone days, often from vintage postcards. The artist began painting his Paris street scenes in the late 1950s, and like Cortès, often painted the same Paris landmark many times, in different weather conditions or various seasons. The most recurrent topics were views of the capital city in cloudy or rainy days, showing streets busy with pedestrians in a rush to go home, and bright storefronts reflecting on wet streets.